The SA entrepreneur paying it forward in Soweto

The days are long gone when South Africans could regard underdeveloped parts of our country as places to be escaped rather than developed. 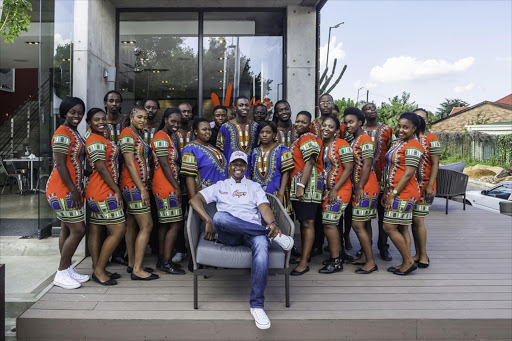 We who emerge from these communities tend to pride ourselves on having "made it" as soon as we can afford the good life in the suburbs - ignoring the fact that we are leaving behind millions of South Africans.

South Africa is a free country. But it is hard to get excited about a freedom that co-exists with leaving some communities in the same conditions of underdevelopment that they suffered under apartheid.

Twenty-two years into our democracy, there is still a lot of change that needs to happen. In fact, those of us who have "made it" have a responsibility to effect the kind of change our leaders and institutions have yet to achieve.

This is why I get excited when I meet entrepreneurs who are passionate about building their businesses in areas that are often ignored by the local elite.

An example of such an entrepreneur is Miles Kubheka, an IT graduate from the University of the Witwatersrand who started his own business after a successful global career with Microsoft.

He established Vuyo's, a restaurant business based on the fictitious Vuyo's brand in the Hansa Pilsener TV ad that portrays Vuyo as an entrepreneur whose big dreams move him from selling wors rolls to achieving worldwide success. Kubheka want ed to create the brand in real life.

His vision for Vuyo's is for it to become one of the leading authentic African-cuisine restaurants globally - serving the sort of food that remains largely unexplored in the local and global arena. What I admire most about Kubheka's approach is that he is choosing to position his main restaurant on Vilakazi Street in Soweto, instead of the more affluent parts of Johannesburg.

Vilakazi Street is an iconic part of our heritage and is recognised as the only street in the world to have produced two Nobel peace laureates. This makes this location an attractive opportunity for businesses.

He is driven by the belief that, while growing up, success was defined as moving out of the 'hood but t oday success is measured by going back to the 'hood, buying it up, and making it a better place to live in.

Kubheka believes that we cannot just sit and watch while places like Sandton get so much development but his home township of Soweto experiences much lower levels of development.

What he finds hard to grapple with is that the majority of development in affluent neighbourhoods is driven by the private sector - a reality that is not true for developments in townships.

On Vilakazi Street, he sees affluent visitors from abroad being excited to experience his restaurant.

In contrast, our more affluent local population barely makes it to these areas. Instead, they are far more excited about international brands coming into South Africa.

These global brands arrive in the country with much fanfare and support and yet local brands creating local jobs are sometimes overlooked. It is great, however, that we are a destination for global investment as these multinationals do provide jobs. Everyone creating jobs should be afforded support and commended.

By choosing to place his business in Soweto, Kubheka is driving much-needed job-creation opportunities in underdeveloped communities. He is developing other entrepreneurs in the process as well, by allowing them to operate food trucks under the Vuyo's brand.

This concept lowers the entrance barriers into the traditional franchise model and allows these individuals to gain the skills needed to run their own full restaurants one day.

Those who have "made it" should really think hard about which parts of the country they are spending their money and building their businesses in. We can be focused on making the more affluent parts of South Africa even more developed, or we can develop the parts of the country that have yet to benefit. This behaviour would go a long way in reducing the unacceptably large income gap.

The local success stories that exist today are those of pioneers who are setting a good example for the next generations.

The days are long gone for us to be working towards escaping and never looking back. We need to go back and build.

Sikhakhane is an international speaker, writer and retailer, with an honours degree in business science from the University of Cape Town and an MBA from Stanford University. She also advises and funds small businesses.