Why M-Pesa 'will never work in South Africa' 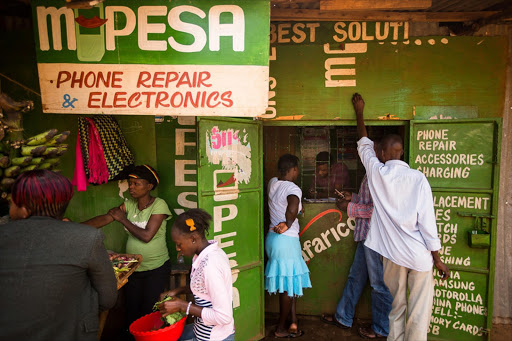 In the wake of Vodacom's decision to close down its M-Pesa mobile money service in South Africa at the end of this month, a pioneer of mobile financial services for the mass market has said mobile operators will never be successful in the financial services industry.

Describing the success of M-Pesa in East Africa - led by Kenya - as the exception rather than the rule, Brian Richardson, CEO of Wizzit International, said this week that mobile operators should rather stick to what they know: providing communication services to millions of people.

Wizzit, which launched a mobile banking service in South Africa 12 years ago aimed at the mass market (it's still operational), now provides m-banking solutions to banks in 13 countries.

"Although people are critical of the banks, the one thing they do is trust them. They don't trust the network operators to handle their money, and not only in South Africa - this applies globally."

Last month, Vodacom announced it would pull the plug on M-Pesa in South Africa after a relaunch of the service in 2014 - meant to address its shortcomings - flopped.

Despite the enormous success of M-Pesa in markets such as Kenya (where it was pioneered by Vodacom sister company Safaricom) and in Tanzania, the platform never took off in the local market.

"Based on our revised projections and high levels of financial inclusion in South Africa, there is little prospect of the M-Pesa product achieving [critical mass] in its current format in the [medium] term," said Vodacom CEO Shameel Joosub. "We remain of the opinion that opportunities exist in the financial services environment and we will continue to explore these."

But Richardson is not convinced. The conditions that led to M-Pesa's enormous success in Kenya were fairly unique, he said.

"It's now becoming successful in Tanzania, but it has not been successful anywhere else. It has failed in the other markets where it was launched, including Egypt ... and Romania."

Richardson said that when Safaricom launched M-Pesa in 2007, Kenya was in turmoil. "The banking industry had been closed for four days. People couldn't remit money through the banks. M-Pesa was a classic case of being the right product at exactly the right time."

Also, regulators in Kenya took a light-touch approach to it - effectively "turning a blind eye", said Richardson - which helped it to flourish early on.

Another factor that helped was that the Kenyan government paid pensions and social welfare grants through M-Pesa.

Safaricom also enjoyed a virtual monopoly in Kenya's mobile sector. "This put it in a position where it could dictate to distribution channels what they would and wouldn't do - how it would be priced, the amount of float they'd have to have at all times, and so on," he said.

Even then, consumers would not keep their money in M-Pesa for long. The average time money stayed in an M-Pesa account in the early days was little more than half an hour before it was cashed out at an agent, although that has now changed, he said.

"The circumstances and the market were just absolutely ripe in Kenya at the time for M-Pesa to take off."

The South African environment could not have been more different - it was stacked against Vodacom being able to make a success of M-Pesa, said Richardson.

Regulators told the operators that they had to work with a bank. Vodacom walked away from an initial joint venture with Nedbank - talk is that the parties never felt comfortable with each other - in favour of Bidvest Bank for the relaunch.

Banking regulation in South Africa is tough and expensive. The mobile operators underestimated just how difficult and costly it is to comply with red tape, said Richardson.

He said he doubted banks and mobile operators would see eye to eye as long as they were trying to encroach on each other's businesses. "Mixing their cultures is like trying to mix oil and water."

Of course, South Africa's financial services sector was also much better developed than Kenya's, raising questions about whether there was even a market here for mobile banking services - some commentators have said that M-Pesa and similar services were solutions in search of a problem. (MTN's joint venture with Standard Bank to launch MobileMoney in South Africa is also widely understood to be performing below expectations.)

In South Africa, the bulk of the people who work and live in the cities are already banked. And those people wanted a broad range of financial services, which M-Pesa did not offer, said Richardson. "Payments is just a subset of banking. People want more than just that."