Gigaba may need to seek outside help to get economy going 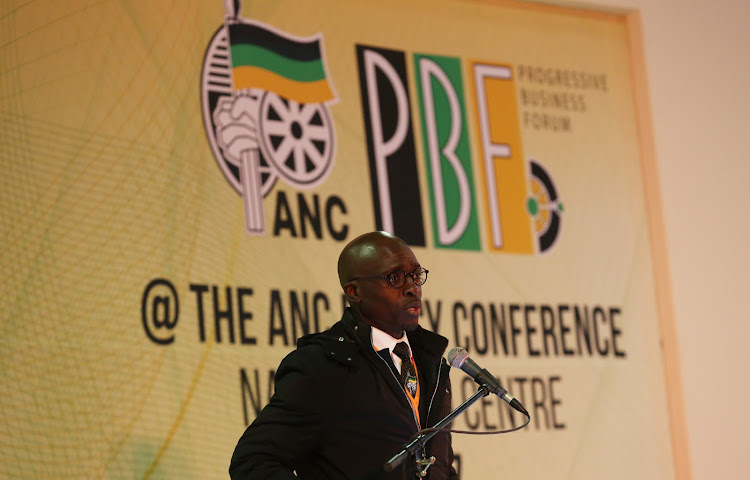 South Africa may need outside financial assistance to get out of its economic spiral, Finance Minister Malusi Gigaba said on Friday, calling for "drastic measures" to kick-start growth.

At the same time, President Jacob Zuma admitted that the economy may not hit the forecast 1.3 percent growth target set by his government, and urged political allies to discuss policies, including land redistribution, to revamp the economy.

Zuma calls for cleansing of ANC

ANC president Jacob Zuma has called on the party to cleanse itself from all the “negative tendencies” that are creeping into the party.
Politics
4 years ago

He called for "radical solutions" - albeit within the constitution - to redistribute land to the country's black majority.

Both men were speaking at a conference of the ruling African National Congress (ANC), which will be looking for a new leader to replace Zuma in December.

The country is in recession and has an unemployment rate of close to 28 percent. It is also immersed in political rows over Zuma's abilities and over how independent the central bank should be.

Gigaba, who was appointed as finance minister in March after Zuma sacked internationally respected Pravin Gordhan, said South Africa may need to get outside financial help.

"Should the main indicators continue to disappoint any further we may have to seek assistance from quarters we have thus far avoided," Gigaba added, without elaborating.

Asked by Reuters if he was referring to the International Monetary Fund, Gigaba smiled and said "Any".

The rand extended its losses against the dollar as much as 0.7 percent lower, while bonds weakened after Gigaba's comments on the possibility of seeking outside assistance.

Isaac Mashego, senior economist at Nedbank, said with slow economic growth, the government is going to have borrow more.

"This might mean going to multilateral institutions like the IMF. This is the worst case scenario," he said.

ANC secretary general Gwede Mantashe has dismissed attempts to use regime change and white monopoly capital as scapegoats for state capture by the ...
Business Times
4 years ago

The fund's senior resident representative in South Africa Montfort Mlachila was not immediately available to comment.

With their economies floundering and currencies sinking, African states from Nigeria to Zambia have been seeking IMF assistance to fund infrastructure and plug budget deficits.

Credit downgrades by two of the top three ratings agencies, based on the economic and political turmoil, have dented business and consumer confidence in South Africa, which has just suffered two quarters of contraction.

Touching on the political row over the central bank, Gigaba accused the country's anti-corruption agency of overstepping the mark in suggesting changes to the way the central bank works.

A call by South Africa's public protector for an overhaul of Reserve Bank's mandate -- to focus on growth rather than inflation and the currency -- rattled investors this month, hitting the rand. The Reserve Bank has filed a court challenge to quash the recommendation.

"The public protector does not have the power to direct parliament to amend the constitution," Gigaba told business leaders at the start of a six-day policy conference.

"These recommendations should have been directed at the finance ministry. We should all insist on the independence of the South African Reserve Bank."

The row also exposed worsening divisions between state institutions just as Zuma is embroiled in a net of scandals.

Zuma has drawn unprecedented criticism from senior ruling party members in recent weeks. A shock cabinet reshuffle prompted in March ratings agencies to downgrade South Africa to "junk" status and unemployment is at a 14-year high.

It is possible “to find radical solutions to land hunger‚ working within the ambit of the law and the Constitution”‚ President Jacob Zuma said on ...
Business Times
4 years ago

The president rejects such criticism.

Zuma will be replaced as ANC leader at a national conference in December. Deputy President Cyril Ramaphosa and former African Union chair Nkosazana Dlamini-Zuma, the incumbent's ex-wife, widely viewed as frontrunners. The conference should offer clues to who may be in the ascendant.

Gareth Newham, a governance specialist at Pretoria-based think tank Institute for Security Studies said although the conference will focus on policy, the leadership battle to succeed Zuma would be at the heart of the discussions.

"The way policy is spoken about and framed is going to be a proxy for leadership battle," he said.