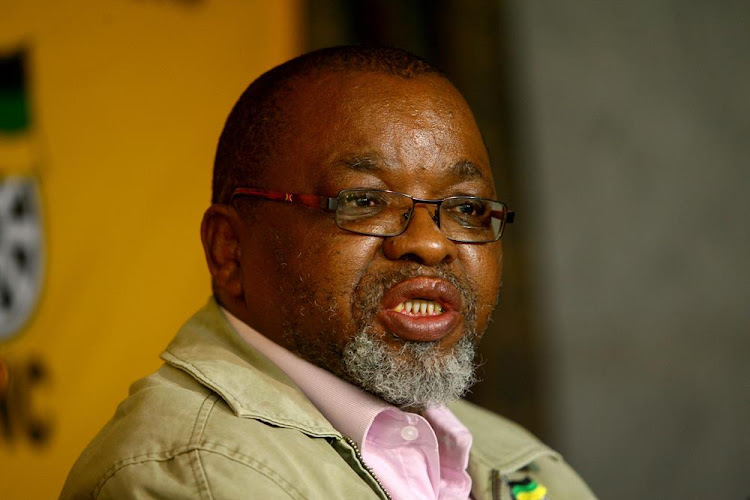 ANC secretary general Gwede Mantashe has dismissed attempts to use regime change and white monopoly capital as scapegoats for state capture by the Gupta family.

President Jacob Zuma had used a dodgy intelligence report indicating that former finance minister Pravin Gordhan and his deputy‚ Mcebisi Jonas‚ were lobbying business support for regime change in SA to justify his removal of the pair.

However‚ the Treasury under their leadership had been at the forefront of the battle against the allegations of state capture‚ rent-seeking and corruption by the Gupta family.

Mantashe's diagnostic report to be delivered at the party's policy conference under way at Nasrec on Friday afternoon‚ said “linking regime change to state capture reflects the decline in our analytical capacity”. The report is scathing on state capture‚ saying that the Gupta emails were damaging the movement and that individual leaders fingered in them must explain themselves.

“The series of e-mails that are released in tranches each day cause more harm to the movement. Our reaction cannot be careless‚ but it needs to be comprehensive.

“Where we must own up‚ individual comrades should do so by providing reputable explanation‚ as a few have done. Blatant denial lacks credibility in the eyes of society‚” he said.

Mantashe said the public outcry about the influence of the family led to investigations by the Public Protector and the SA Council of Churches in which “serious allegations” were levelled against senior leaders.

“Instead of dealing with the reality facing the movement‚ a defence was developed by using the real threats we face as a movement. A narrative was developed to link any discomfort with the influence of the Gupta family to the regime change agenda.

“While it must be acknowledged that regime change is a real threat that needs to be analysed and a strategy to defend the country and the movement needs to be developed‚ this cannot be used as a response to the perception or reality of corruption.

“Another defence that has been bandied about is the one that counter-poses the behaviour of this family to (White) Monopoly Capital‚” he said.

The narrative was bandied about as if it was a “new phenomenon” instead of recognising that this was at the heart of the “revolution”.

“A related disadvantage of this narrative is that‚ it uses the lowest common denominator by comparing revolutionaries to the Apartheid state. “If we are comparable‚ then we must accept that corruption is therefore systemic in our movement‚ as was the case with the Apartheid state‚” Mantashe said in the report.

The "white monopoly capital" narrative emanated from the UK-based PR company Bell Pottinger to deflect attention from their clients the Gupta family.