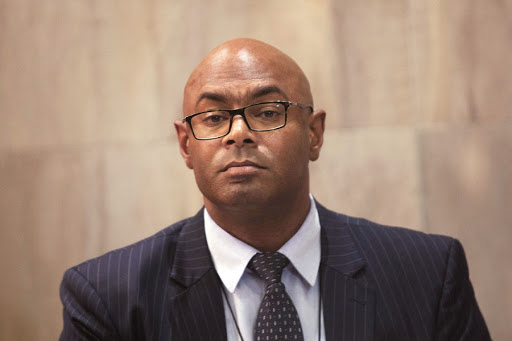 The failure was a cause of much frustration‚ Naidoo told members of Parliament’s standing committee on finance.

Public Protector's office likened to Days of Our Lives soapie

Finance committee chairman Yunus Carrim said it was the consensus view of all political parties in the committee that not enough was being done by the authorities to curb the "obscene" amounts of money leaving the country illegally.

"We are reaching the end of our tether in this matter. We want drastic action. We want to see some of the names in the public domain to appear in court. We are really fed up‚ to put it mildly‚" Carrim said.

Naidoo said the bank had handed 41 cases of exchange control contraventions to the police for further investigation and prosecution over the past five to six years. There had been only one significant prosecution‚ of a woman who was found guilty not of taking more than R2bn illegally out of the country but because she tried to bribe an official of the bank with R20m.

The Public Protector Busisiwe Mkhwebane's decision to back down on defending her recommendation that the Reserve Bank do much more to focus on ...
Politics
4 years ago

Naidoo said the Bank was often unable to curb illicit financial flows because this was a complex issue requiring the co-operation of numerous agencies locally as well as foreign ones‚ as the payments often took place offshore and outside the national payments system.

"The system is not perfect and is not functioning as it should‚" Naidoo said. "We are chasing the tail and the tail often wins."

However‚ he said the bank did issue about three to four forfeiture orders a month‚ amounting to about R3bn a year‚ for exchange control contraventions.

Kganyago strongly defended the independence of the Bank and said the private ownership of its shares did not affect this in any way. Buying out these shares would be very costly‚ he said.