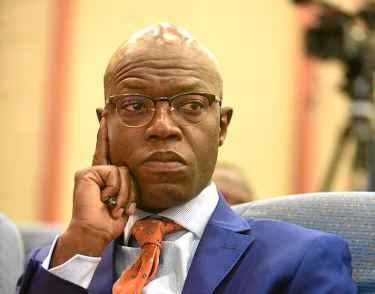 Disciplinary proceedings against suspended acting Eskom CEO Matshela Koko had a second false start on Monday when it emerged that the state-owned company's new chairman would not be available for most of this week.

Mzungulu Mthombeni SC was forced to admit to Koko's legal representatives that he had not been briefed, given a letter of appointment, terms of reference or even a charge sheet.

It was unknown yesterday when the hearing, which is scheduled for this week, will proceed because Mthombeni was unable to say when he would be available.

Frans Barrie SC, representing Koko, said his client was anxious to get the proceedings under way.

"This is the second time. The first time the matter was simply postponed.

"According to the prescripts of the Eskom disciplinary code, labour matters such as these need to be dealt with within a certain timeframe and we are long past that.

"We are very, very anxious for this matter to get under way," Barrie said.

Koko is accused of failing to declare a conflict of interest when he contributed to the awarding of about R1-billion in contracts to a company in which his stepdaughter was a shareholder.

The DA is to ask the public protector to investigate Public Enterprises Minister Lynne Brown's involvement in the awarding of lucrative oil contracts ...
Politics
4 years ago