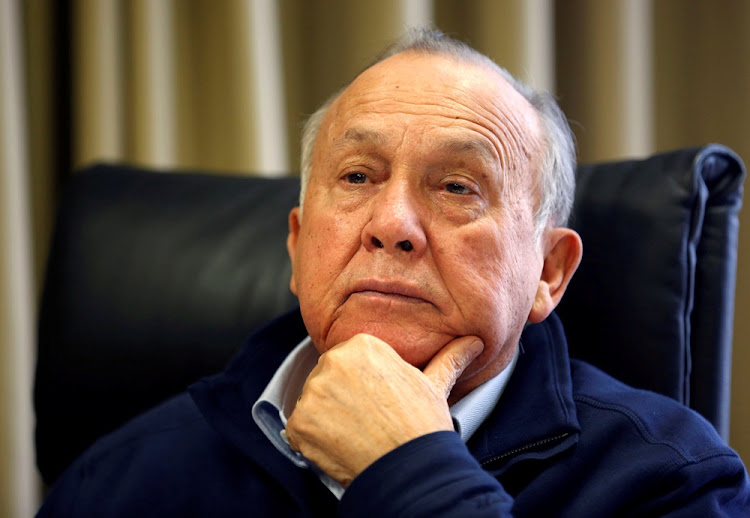 Steinhoff International Holdings NV Chairman Christo Wiese, seeking to stabilise the embattled retailer, is negotiating a standstill agreement on a 1.5-billion-euro ($1.8-billion) margin loan under which banks would suspend the sale of stock until next year, according to people with knowledge of the discussions.

The owner of Mattress Firm in the US and Poundland in the U.K. needs a lifeline after its stock plunged last week when it delayed publication of its financial results because of possible accounting irregularities that prompted the resignation of its chief executive officer.

Wiese, a South African billionaire who’s Steinhoff’s biggest shareholder, is stepping up efforts to save the company, which owes creditors as much as $21-billion. The shares rebounded slightly early Monday after Steinhoff said it appointed Moelis & Co. to handle discussions with lenders and AlixPartners LLP to advise on “liquidity management and operational measures.”

Last year, Wiese pledged 628-million of Steinhoff’s shares in collateral to borrow money from Citigroup Inc., HSBC Holdings Plc and Nomura Holdings Inc. That was to participate in a share sale in conjunction with Steinhoff’s acquisition of Mattress Firm and Poundland, according to a company statement.

Steinhoff International Holdings NV, the global retailer that’s fighting for survival after its stock lost most of its value in a weeklong rout, ...
Business Times
4 years ago

The banks are considering waiting until the publication of Steinhoff’s audited results, said the people, who asked not to be identified because the plan is confidential. An accord could come as early as this week, the people said. A spokesperson for Wiese declined to comment.

The retailer “is currently fully focused on safeguarding operational liquidity to continue funding existing operations throughout its various subsidiaries,” Steinhoff said in a statement late Sunday. “The group is asking for and requires continued support in relation to existing facilities.

On Friday, after staying silent for much of the week as its shares and its bonds plunged, Steinhoff postponed by a week a crucial meeting with lenders that was set for Monday. Investec Plc said Monday that it has credit and derivative exposure to Steinhoff, without specifying the amount.

Steinhoff’s shares were up as much as 24% in early trading in Frankfurt, where the company has its primary listing. Last week’s freefall wiped out a majority of the net worth of Wiese and an investment by the Public Investment Corp., which manages the pension funds of South African government workers.

The company had been on an acquisition spree since Wiese bought into the company via the sale of his African chain of Pep stores in 2014. Wiese, 76, is now valued at $1.8 billion, compared with $4.4 billion on Tuesday, according to the Bloomberg Billionaires Index.