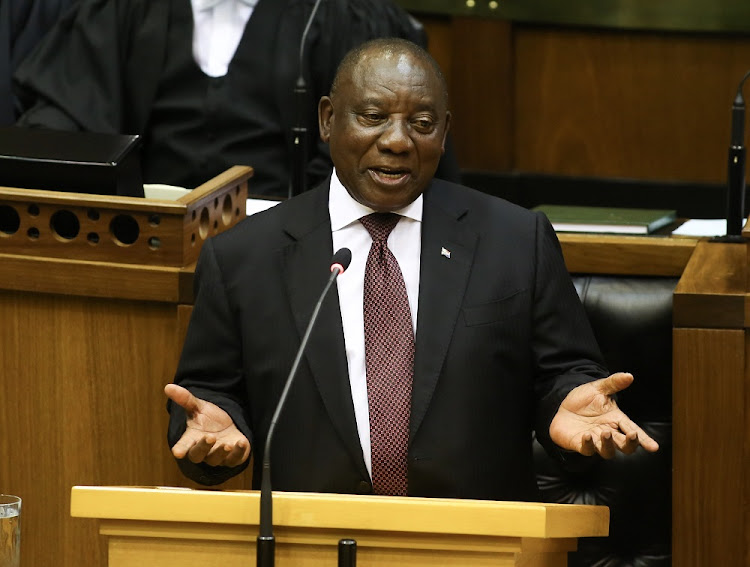 South Africa will probably escape a junk assessment from Moody’s Investors Service this week in the first such verdict on the country’s creditworthiness since Cyril Ramaphosa came to power.

The change in leadership last month from the troubled era of Jacob Zuma will allow the country to cling on to the only major investment-grade rating it has left, according to all 15 respondents in a Bloomberg survey of economists and analysts.

The rand has rallied and business confidence rebounded since Ramaphosa succeeded Zuma as head of the African National Congress (ANC) and president. The risk of missing budget targets and economic growth stumbling, and the ANC’s move to pursue expropriation without compensation may still jeopardize South Africa’s credit ratings. A move to junk on the rand debt would see the nation fall out of gauges including Citigroup Inc.’s World Government Bond Index, risking outflows of as much as R100-billion.

“We expect the ratings agency to wait to evaluate fiscal performance and policy actions at this time, with any fiscal slippage or populist measures potentially triggering a revisit and potential downgrade later in the year,” IHS Global Insight director Bryan Plamondon said.

President Cyril Ramaphosa has told business leaders that the land debate is unavoidable and challenged them on Friday to weigh in on the government's ...
Business Times
4 years ago

Moody’s put South Africa’s foreign- and local-currency ratings on review for a downgrade to junk in November, and is scheduled to make an announcement on Friday. The company currently assesses the country at one step above speculative grade on both criteria.

Lawmakers have started the process of changing the constitution to allow the government to expropriate property without paying for it. While Ramaphosa said this will not be done at the expense of the economy or food production, the Democratic Alliance says it will deter investment. That, and economic growth that underperforms, remain risks, according to Elize Kruger, an economist at NKC African Economics.

“A disappointment on the actual growth outcome could definitely be credit negative,” she said. “If we go south on the whole land expropriation resolution and we lose the investor confidence again on this and the rand slides and so on, we could definitely move backwards on the ratings story.”

Defence Minister Nosiviwe Mapisa- Nqakula had to explain why President Cyril Ramaphosa flew on a private jet owned by a 'dodgy' individual.
Politics
4 years ago

President Cyril Ramaphosa has until Thursday to revoke Jacob Zuma's "deal" on state-funded legal fees or face a court challenge.
News
4 years ago

A downgrade to junk by Moody’s will knock the optimism that’s boosted confidence and raised hopes that economic growth can exceed forecasts this year and next.

S& P Global Ratings and Fitch Ratings both cut South Africa’s local- and foreign currency debt to junk last year. Falling out of gauges such as the Citigroup one could raise borrowing costs as a time when the nation plans to tap international markets for as much as $3 billion.

“Ramaphosa’s rise to the presidency is a big boost to confidence and it will help us, but the land expropriation issue may become a big deterrent,” Kimon Boyiatjis, chief investment officer at Trident Capital said. “It’s one thing to appoint someone in government who is more credible than his predecessor, but he now has to walk the walk.”