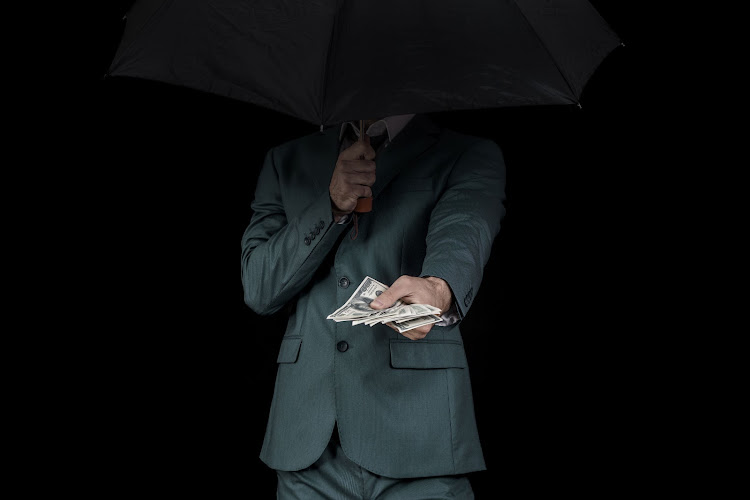 While commissions of inquiry into state capture have begun to reveal how sleazy politicians and their cronies lined their own nests at the expense of the taxpayer, parts of SA's business world have not covered themselves in glory.

Here are the five worst cases — some linked to state capture, some not — of corporate skulduggery in recent times:

Bain & Co was called in to help restructure Sars when it fell under the leadership of Tom Moyane. Officials testifying at a commission of inquiry into Sars chaired by Judge Robert Nugent saidthe restructuring had damaged the tax agency's capacity and contributed to a shortfall of R50bnin revenue.

This from the Business Day story:

Three reliable sources — who spoke to Business Day on condition of anonymity — said Massone visited Zuma at his private residence in Nkandla late in 2013 and again early in 2014.

It emerged at the commission on Friday during testimony by Solly Tshitangano, a procurement official at the Treasury, that the process to appoint Bain to restructure the Sars operating model was "irregular", littered with "red flags". It raised suspicions that the decision on which consultancy would win the tender was predetermined.

Massone testified at the commission on Friday that he had met with Moyane to talk about Sars a year before he was appointed commissioner of the tax agency.

Bain & Co to probe own lapses at Sars

McKinsey was paid R1bn for six months' work for Eskom on an invalid contract that allowed Gupta-linked firm Trillian to pocket another R600m, the Financial Mail reported.

McKinsey has owned up and paid back the money — the principal debt of R902-million in early July, later followed by a payment of interest. McKinsey's global managing partner flew to SA to deliver a grovelling apology over the company's connection to state capture via Trillian.

It now emerges that Trillian might be more deeply involved than what it has admitted to. A draft report for the Treasury by Fundudzi Forensic Services suggests Anoj Singh, former CFO at Transnet and Eskom, received travel benefits from McKinsey before the firm was awarded lucrative consulting deals at both entities. McKinsey has denied paying Singh's airfare and hotel lodgings. The company said: “These allegations are incorrect. Based on an extensive review encompassing interviews, email records and expense documents, our understanding is that McKinsey did not pay for Mr. Singh’s airfare and hotel lodgings in connection with the CFO Forum and the meetings that took place around the CFO Forum in London and elsewhere in 2012 and 2013…”

This from the FM story:

The draft Treasury report points out that McKinsey was subsequently awarded five contracts worth a total of R1bn at Transnet over two years, before being awarded the Eskom contract with Trillian. The investigators conclude that between 2005 and 2017 Transnet paid R3.1bn to McKinsey and its partners, Regiments and Trillian.

No free pass for McKinsey

3. KPMG helps the Guptas pay for a wedding as a 'business expense'

Audit firm KPMG has been embroiled in several allegations of state capture since the release of the "Gupta emails" last year.

Among the allegations is that KPMG partner Jacques Wessels passed off wedding costs as business expenses, dodging R2m in taxes.

Wessels has admitted to negligence before an inquiry into the matter, but denies deliberate wrongdoing.

Ex-KPMG partner admits only to ‘neglect’ in Gupta audit

The Reserve Bank estimated that as much as 75% of VBS Mutual Bank’s assets may have been stolen by its executives and directors.

VBS, formed as a building society in the former Venda homeland, shot to prominence when it gave former president Jacob Zuma a R7.8m loan after he was ordered to repay the state for upgrades made to his Nkandla home.

Municipalities broke the rules and invested with VBS, possibly after political pressure was applied, and are estimated to have lost R1.6bn they deposited.

Curator Anoosh Rooplal is attempting to recover more than R1.5bn from the bank’s largest shareholder, Vele Investments, as well as from the bank’s executives and directors, was done to prevent further "dissipation of assets".

VBS executives may have stolen 75% of its assets

Auditors from PwC that have trawled through the Steinhoff books have "confirmed a pattern of transactions undertaken over a number of years, across a variety of asset classes that led to the material overstatement of income and asset values of the group".

According to Rob Rose,writing in the Financial Mail, "Initially, in December, Steinhoff said the size of the 'hole' in its accounts was about €6bn. But insiders close to the forensic investigators who’re picking through the mess tell the Financial Mail that they have since discovered numerous other frauds. The upshot: the 'hole' is now likely to be billions deeper than that initial €6bn."

Rose said the comparison between Steinhoff and Enron, the Houston-based energy company that went bankrupt in 2001 after systemic accounting fraud was discovered, seemed "irresistible".

According to Heather Sonn, who was appointed chair of the company after the crisis struck: "At Steinhoff, I believe there was purposeful deceit where certain people went to great lengths to misrepresent the financial statements, in collusion with others."

Inside SA’s Enron: Deconstructing Steinhoff
Ten shocking things we have learnt from the state capture commission...