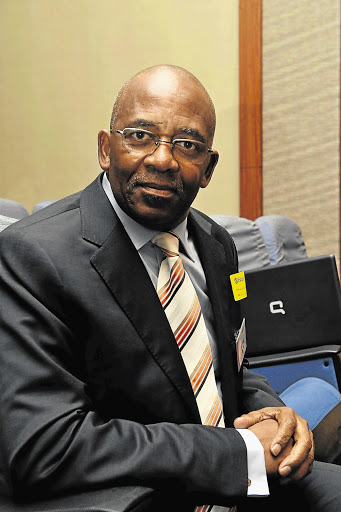 This is just one of several questionable deals allegedly championed by Tsotsi, who quit on March 31, just before being fired.

Eskom insiders warned this week of the potentially disastrous effect of swinging lucrative coal and diesel supply contracts to benefit politically connected entities at a time when the utility is being forced to declare stage 3 load shedding.

A Sunday Times investigation can reveal that Tsotsi:

Tsotsi, who was central to the suspension of four Eskom executives, including CEO Tshediso Matona, last month, quit while the rest of the board was debating a motion of no confidence in him. Transnet boss Brian Molefe was appointed acting CEO on Friday.

Several board members have accused Tsotsi of exceeding his authority by interfering in operational and commercial matters — at great cost to Eskom.

His letter to Joemat-Pettersson asking for permission to commission new energy sources was seen as “meddling in executive actions”, a senior Eskom executive said.

Tsotsi wrote to Sumitomo in August last year pledging to “pay for any materials procured, upon presentation of original invoices”. He also offered to pay for any units Sumitomo “proceeded to manufacture” based on the company’s interpretation of Eskom’s letter of commitment. “Tsotsi’s actions in this regard look set to cost Eskom more than R300- million,” a senior source said.

Disputes with Tsotsi about contracts with the Guptas, who own a number of mines and are in business with President Jacob Zuma’s son Duduzane, have caused several rifts at Eskom in recent months.

Tsotsi has not responded to detailed e-mail messages and SMSes sent to him by the Sunday Times over several weeks.

“At the heart of these [contracts] lie powerful political and business interests, especially relating to the Gupta family,” said one.

Another said Tsotsi had “consistently” overstepped his authority to act “at the bidding of third parties [including] the Guptas, and other well-known and politically powerful interests interested in Eskom’s multibillion-dollar contracts”.

But the Gupta mines appear to be allowed to flout these.

An internal report signed off in April last year confirmed that the Guptas’ Brakfontein mine had not met the requirements for a water licence.

Eskom’s primary energy division had previously rejected a coal supply deal with Brakfontein because it produced poor-quality coal, according to senior Eskom sources.

Brakfontein’s first bid for an Eskom coal deal, in 2012, was vetoed because it did not have a water licence and was not complying with various laws.

But days after former Eskom CEO Brian Dames left the utility in March last year and Collin Matjila took over temporarily, the Brakfontein contract was up for reconsideration, according to well-placed sources.

On March 12, Eskom signed a supply deal with Brakfontein, owned by Idwala Coal, a company controlled by the Guptas’ Tegeta Resources. Tsotsi allegedly intervened in another Gupta coal contract, worth R500-million a year, for Vierfontein , also owned by Idwala.

Another confidential Eskom report, in May 2014, said Idwala had illegally diverted a stream at Vierfontein, which resulted in the mine being flooded, and that the mine’s pollution-control dams were not effective.

In June last year, after Idwala’s Vierfontein contract had been rejected a second time, Tsotsi intervened.

“Tsotsi had the meeting with us, telling us what a disgrace we were for not being able to push through and sign these contracts with emerging miners,” said the source. Though Tsotsi did not single out the Idwala contract, it was the only one of those being assessed at the time that was rejected.

This week, Eskom refused to answer detailed questions about the Gupta contracts, saying that the “specific issues” raised by the Sunday Times were being “addressed” in an investigation commissioned by the board.

Gary Naidoo, a spokesman for the Gupta family, said this week that the Gupta companies had begun supplying coal to Eskom only a “few days ago”.

“We have been engaged with Eskom for over three years trying to negotiate a contract which only came to fruition a few months ago.”

Naidoo said that if the family benefited from political interference, “why would our negotiations have taken that long?”

He denied that Gupta mines did not meet Eskom requirements.