Instead of the usual five-star hotel restaurants favoured by visiting dignitaries, Michelle Obama chose a local deli in Woodstock for lunch in Cape Town this week. 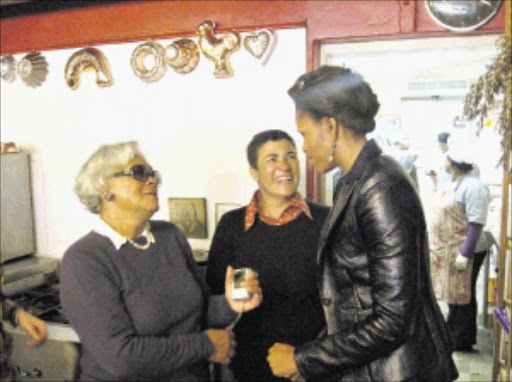 Ruth Dudley and her daughter Karen, who owns The Kitchen in Woodstock, welcome US first lady Michelle Obama 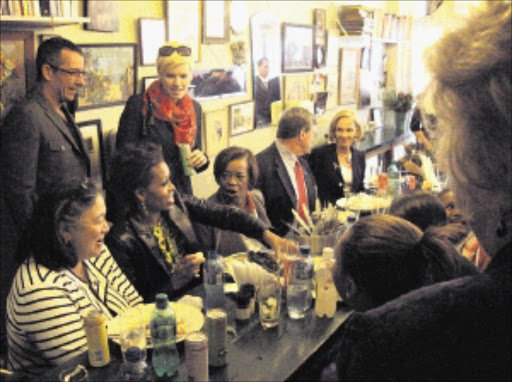 Michelle Obama having lunch in The Kitchen in Woodstock. On her left is her mother Marian Robinson, US ambassador Donald Gips and his wife Liz Berry Gips. 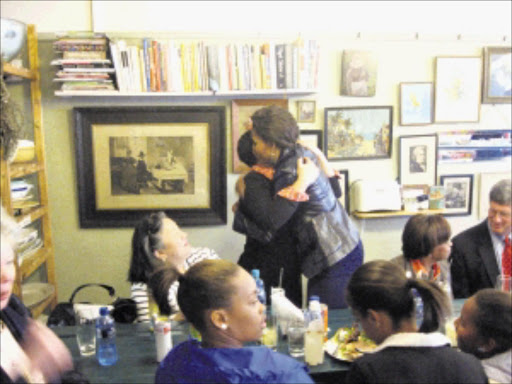 Obama embraces Karen Dudley, the owner of The Kitchen, while a member of her entourage looks on Pictures: DAVID MALLISON

Karen Dudley is probably the best unknown chef in SA but her cuisine is highly sought after in Cape Town circles. Her deli, The Kitchen, on Sir Lowry Road, is packed every day for lunch.

But on Thursday the entire block around The Kitchen was cordoned off for Obama's entourage. "She is so fantastically cool," Dudley told the Sunday Times. "The whole thing about it is you got a real sense she was doing this for us."

"There's this great sense of family amongst her family. They had a laugh. It was gesellig (sociable). There was this kind of relaxed vibe but a real sense of party. You have to be deeply cool to come to Woodstock. She's very genuine. She was hugging me, touching me and chatting like an ordinary customer in my shop."

Dudley said they spoke about Obama's now famous speech at the Regina Mundi church in Soweto on Wednesday. "People have been speaking to her about how cool her speech was but she said people don't realise she also needs inspiration and input. She said it was a profoundly moving experience for her and she didn't want to cry," Dudley said.

Said Elizabeth Kennedy-Trudeau, spokesman for the US embassy in SA: "The Kitchen truly reflects its community in all its diversity and beauty. We understand the first lady enjoyed the lunch tremendously."