Legendary ballerina Monica Mason laughs when she says she absorbed more than a little African rhythm, township jive and mine-dancers' stomp from her childhood in Joburg. 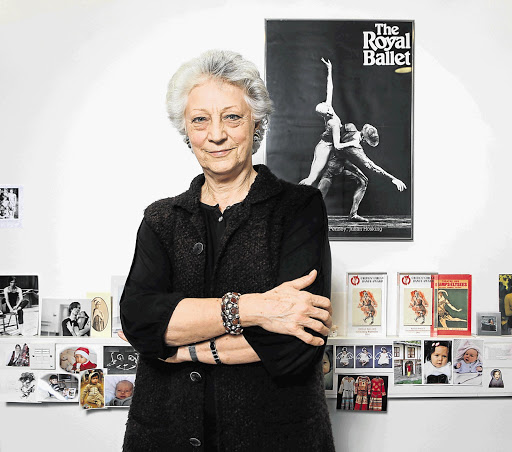 It was something that would stand her in good stead when, still a junior member of the Royal Ballet, she happened to be giving it a bit of stick on the dance floor at a party when the firm's rising choreographic star, Kenneth MacMillan, saw her.

A few days later he told her he wanted her to be the lead of his ballet. The ballet was a new version of Stravinsky's controversial, The Rite of Spring, and her role would require her to dance herself to death at the ballet's climax. It was 1962, when Mason was only 20 and audiences were still shocked by the outrageous ballet.

Mason, or "Mon" as she is known, is now a striking 70, a dame (Dame Commander of the order of the British Empire), and is the most important woman in British ballet. As director of The Royal Ballet in London's Covent Garden, she has nurtured rare talents from dancers from across the world. We meet in her office overlooking Covent Garden piazza. An expressive woman with a strong sense of identity and, she admits, still a strong sense of African rhythm, Mason jokingly does a quick little jive to set the tone.

"I remember when my parents used to take visitors to South Africa to the mine dances and we'd watch an enormous crowd of miners moving like one person, breathing together, stomping together," she recalls. "Even as a child I could see their incredible rhythm. It is something you subliminally absorb if you're naturally musical."

Although there was no connection in her family to ballet, she loved to watch her parents waltz - and did her first ballet class aged four. By the time she was eight, she entered South Africa's first Eisteddfod, dancing spectacularly young on pointe. Having danced until she was 50, luckily it didn't ruin her feet.

Brought up in Joburg, she knew she wanted to make a career in ballet and dancing was all part of a happy, sporty childhood until her father suddenly died. Her mother, feeling she did not want to go on living in South Africa with her two daughters, left for London.

"It had too many memories for her to stay," says Mason. "I was only 15 and everything was so different in England."

She found London was filled with ballet. Bloemfontein-born ballerina Nadia Nerina was dancing at Sadler's Wells . She saw Margot Fonteyn dancing Giselle , and watched a sold-out Bolshoi Ballet performance through a crack in the door.

"It was the start of a strange but interesting career. I grew up quickly," she says. "We arrived in London in time for the 1960s, when everything changed."

She went on to become a leading dancer in a career that lasted five decades. By the time she was 39 she hung up her pointes and stopped dancing lead roles, but continued to appear in mime roles and assisting MacMillan. She coached his dancers and helpedcreate new work and then, with artistic director Anthony Dowell, helped with the running of the firm.

"To dance you need to be flexible. You need a well-proportioned body, to be musical, to be coordinated. You also have to be single-minded and egocentric," she says. "After 30 you have to work twice as hard. Nobody can dance forever. Dancers have to maintain their machine, their body, in peak condition. "

Mason is retiring come mid-year, leaving a legacy of The Royal Ballet performing nearly 25% more shows than they did in her predecessor's day and increased education, outreach and fundraising projects.

"When I joined the ballet I met people from all over the world, although at that time it was still more or less unheard of to see a black female dancer in a classical company. You didn't have 23 white swans and one black one, but that has changed. Now there's a London dance firm called Ballet Black for Asian and black dancers."

She says it will be a huge wrench for her to leave.