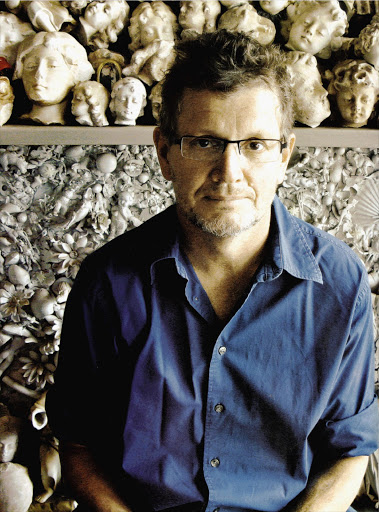 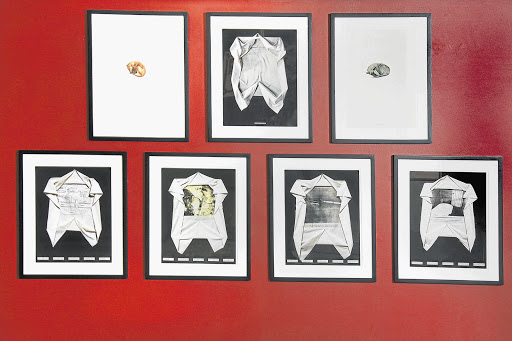 PROFESSOR Colin Richards, considered to be among South Africa's most forthright voices in art criticism, has died aged 58, the result of complications after slipping in the shower in his Cape Town home eight days previously.

A professor at the Michaelis School of Fine Art at the University of Cape Town since 2010, Richards was respected for his incisive watercolours and etchings as well as his formidable intellect.

One of few local artists convincingly able to straddle the academic and practical sides of making art, Richards created arguably SA's most important political art, Biko Series II. This series of images was originally created in 1996 in watercolour, pen and wash, and versions are housed at the Adler Museum of Medicine in Johannesburg and Iziko in Cape Town.

He was also instrumental in developing interest in art therapy in South Africa. Above all, he was a brilliant lecturer.

From humble beginnings, Richards reinvented himself. He became an academic late in his career and without support from his parents.

Born on August 8 1954 in Camps Bay, he was schooled on the West Rand. Straight from school he went into the army, compulsory for white males at the time, and fought in the Border War, a traumatic experience about which he often spoke. This, coupled with the death of his younger brother in 1974, was important to Richards' identity and the kind of work he made. There was an underlying thread of loss in all his work. In the photograph of Richards on this page, the objects behind him are sculptures of angels stolen from graveyards. He often drew them.

For 13 years he worked as an illustrator - a technical position - in the University of the Witwatersrand's medical school. During this time he also studied fine art through Unisa.

Late in 1977, his first year in the post, he had a life-changing experience when he was given a pile of photographs by forensic pathologist Hillel Shapiro and required to label them in a particular way, a task not different to his everyday work. Only subsequently did he come to understand that they were the postmortem photographs of Steve Biko, the black consciousness activist tortured to death by apartheid policemen.

They made him feel "confused, compromised, implicated and ultimately angry".

He commented in a 2009 interview with journalist Fred de Vries: "It was very strange, because it was partly this professional distance I had been required to take, which is not unlike a military distance, where you treat whatever comes across your field of vision with your expertise. But essentially you don't ask deeper questions. It just made me feel about how we divide our lives up. That's a South African thing: you compartmentalise. And you get a fright when you realise your complicity in the things you criticise."

After graduating with distinction from Unisa in 1985, he became a fine art lecturer at Wits. Until the mid-1990s his office was in what was then known as the Wedge - today the Origins Centre.

A student recalled how Richards used to climb through the ceiling of his office when he had left his keys at home. One fateful day he took a wrong step, the ceiling board let him down and, in the morning, the students discovered his dusty fingerprints running down the wall. He had damaged his spine and spent months gingerly and sheepishly coming to work in a brace.

Former students have explained how he taught them not only how to think or write, or how to make good etchings - he taught them how to dare to say what mattered. "He armed me with literature and the conflicting ideas of giants. And, in doing so, he taught me to embrace who I was," said one.

Another, Chad Rossouw, wrote on the Artthrob website: "I knew Colin best as a professor, of which he could be considered archetypical: occasionally scatty, books flooding his office, super-intelligent and constantly busy. Any archetypical description, however, misses out on the details that made him important.

"Colin was patient with my intellectual fumbling and always took the extra minute to extract exactly what I was thinking. This sense of precision was something I believe defined his intellect, from his art-making through to his writing. It was never a cold accuracy, though; always tempered with some emotion: self-deprecation, wry humour and ... an interest in humanness."

He taught his students to read the footnotes, almost an obsession with him, but also how to take themselves seriously. When he invested in a student, he did not hold back.

Endearingly physically untidy, with a gold-capped tooth, wire-rimmed spectacles and, in the early part of his career, a ubiquitous knitted cardigan, Richards did not kowtow to style, unlike his trendy wife, artist Penny Siopis, now an honorary professor at Michaelis.

His courtship of her, through critiques he wrote of her work, was initially a precious secret and then became legend in the Wits fine art department. They married on May 1 1987, hosting the reception at a gallery.

While lecturing at Wits, Richards studied at Goldsmith's College in London and completed his PhD at Wits, attaining a full professorship in 2002.

He was registered with the Health Professions Council of South Africa in art therapy.

With the late Mamatlakeng Maggie Makhoana, he established an art therapy service in Orlando, Soweto.

Richards was often recalcitrant in responding critically to others' work; he did not voice popular opinion. In the face of computer technology, his work remained labour intensive and relevant, and his humour and sense of opinion relentlessly cynical. Richards is survived by his wife, daughter Khadija, son Alexander, older brother Michael and granddaughter Lungile.