That was awesome, Mr President, your best ever! 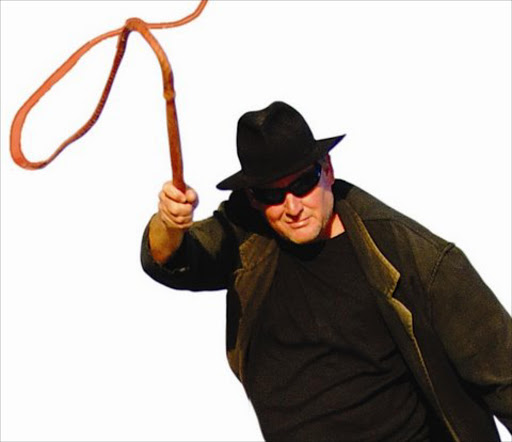 But, once again, your nuggets of wisdom are revealed only to the very fortunate

An open letter to President Jacob Zuma, supreme commander of the armed forces & lord of the fries

DEAR Comrade Leader,Last week I wrote to General Solly Shoke congratulating him on the army's bold attempt to capture the Central African Republic as part of an ambitious plan to conquer Europe. I must apologise. That letter should have gone to you.

As commander-in-chief of our fabulous war machine, all credit must be bestowed upon your head. And, might I add, what a magnificent head it is too. I do hope that you intend donating your brain to science. It must be the size of a basketball and is surely the world's most valuable repository of knowledge and information.

Although I am always quick to shower you with general praise - by shower I mean no disrespect - today I wish to heap particular praise on your most awesome statement ever: "The problem in South Africa is that everybody wants to run the country."

It sounds so simple, but, like many of your utterances, your words contain ineffable nuggets of wisdom that are revealed only to the very fortunate. And when I say fortunate, I mean those of us who are perpetually three sheets to the wind.

This is all the fault of the Freedom Charter. "The People Shall Govern." Really? What the hell were they thinking? How could they not have foreseen a situation arising, say, 58 years down the line, when people would start taking it literally?

A lot of people in this country read the Bible, but you don't see them taking the Ten Commandments literally. All that nonsense about not stealing or killing or coveting your neighbour's ass has no place in today's modern society. The Bible, like the Freedom Charter, was written at a time when rebellion was in the air and wine was cheaper than chips.

If the ANC hadn't put "The People Shall Govern" at the top of the list, you wouldn't be saddled with this problem of everybody wanting to run the country.

Imagine if everyone started demanding a share in the country's wealth or that they be treated equally before the law, or that there should be work, houses, security, comfort, peace and friendship for all. It would be chaos. Oh, wait.

Like the Ten Commandments, the Freedom Charter must have seemed like a good idea at the time. Both documents were overtaken by events and need to be updated.

My advice is that you keep ignoring the opposition. It's what you do best. Besides, they only represent six million voters. You don't need them. Actually, you do need them. Get your men to round them up overnight and send them off to the Central African Republic. What we need right now is more cannon fodder. Soldiers are red-blooded patriots. Every death is a vote lost. Three million people voted for the Democratic Alliance in the previous election. Put them on the next boat to Bangui. Some would probably prefer to take their cars. You should let them. I rather like the image of combatants wearing floppy hats and sunscreen heading into battle in a convoy of Volvos and Camrys, singing Kumbaya and rattling their jewellery.

Africa, as a hole, is in deep trouble and it takes a man of your calibre to save it. You are a military tactician by nature. One need only look at the R200-million strategic security installation at your home in Nkandla to know that. I hope you have someone competent watching your nuclear missiles. Gatsha Buthelezi wouldn't like it if one of them accidentally took off and landed in Ulundi.

As far as our operation in the Central African Republic goes, I think it was a smart move to relocate our base from the capital to the airport. Bangui duty-free is among the best in the world. If I were a soldier, I'd far rather shop than get shot until I drop. Posthumous medals for bravery are so 1985.

I've just heard that we're pulling out altogether because the African Union doesn't recognise the rebels - or, as our defence minister would have it, reebils. Is this true? What a shame. The mission had so much promise.

A lot of nosy parkers are still asking why our troops had to die in a country that makes Swaziland look like Switzerland. I liked your answer at the memorial service for the dead soldiers.

"Our servicemen died in defence of the country's foreign policy. They died defending our commitment to the renewal of the African continent and the promotion of peace and stability."

I must admit that I shed a tear when I heard those words. I wasn't the only one laughing either. The entire neighbourhood erupted in screams and cheers. Perhaps the rugby was on at the same time.

I am your biggest fan, Comrade President, but you need to dial it down a bit. This isn't Vietnam. Our foreign policy is limited to sending car guards back to the Congo. I'm surprised that we even found the Central African Republic. Are you sure we weren't meant to be promoting peace and stability in Zimbabwe and overshot?

As for the renewal of the African continent, didn't that sweet little fantasy splutter and die with the embers of Thabo Mbeki's pipe?

The memorial was touching, though. The commander of the fallen soldiers, Major Stephen Jiyane, said: "They waited like tigers for my command and fought like lions until the end." Perhaps I am being old-fashioned, but when I accidentally cost us the war during the battle of Cuito Cuanavale in 1988, my commander knew fairly well in advance that the enemy were in the area. Perhaps the major would be more suited to working with circus animals. I can hear him speaking proudly of his new recruits: "They waited like parabats for my command ..."

Perhaps replace the major with Trevor Manuel. Do you remember him? He used to be the finance minister and is now something called the minister in the presidency. He seems to have turned rogue and is suggesting that the government stops blaming apartheid for its shortcomings. He wants politicians to start taking responsibility. The man has lost his mind. Many of our public servants have made a career out of taking bribes and sick leave and it would be unfair to expect them to take responsibility as well. Send Clever Trevor to the front, wherever it is this week. He grew up on the Cape Flats. Give him an Okapi knife and he will be fine.

I bet you are pleased that war correspondents are a dying breed. Who knows what they might have uncovered in the Central African Republic? I met one once. He was slumped in a bar in Durban's Point Road filing an eyewitness account of a skirmish in Mogadishu. Okay, so it was me. So what. Everyone does it these days. It's better that way. People aren't strong enough for the truth.

It's important that you keep using our troops to protect your assets - I beg your pardon - our interests. There is nothing more important than money, my honourable friend. Shoprite's Whitey Basson earned R600-million last year. Nobody would take South Africa seriously if they knew our Chief Darkie earned less than Whitey.

Have you considered art as a sideline? A German bought Brett Murray's defaced painting of you for R120000. Nkandla should have an artist-in-residence churning out depictions of the presidential love muscle. MaKhumalo could sell them in her tuck shop.

A last bit of advice from a fellow soldier of fortune. Keep an eye on North Korea. Kim Jong-un might look like a blancmange with a bad haircut, but he has captured the world's attention by threatening to nuke half the free world.

You need to do something big. Launch a predawn assault on Madrid, and Spain could be ours by Tuesday. You're a big man and you need to start thinking big. Having 20 children might impress your fellow Africans, but it does nothing to get the attention of the Big Five. Just to be clear, I'm talking about the permanent members of the UN Security Council, not rhinos and elephants.

Hillary Clinton wrote a book called It Takes a Village. She's wrong. First, we take a village. Then we take a town, a city and finally the country. Pass it on to your commanders. Not the book. The advice.

I have a feeling you're going to need it.