Micro-breweries bubbling over in South Africa 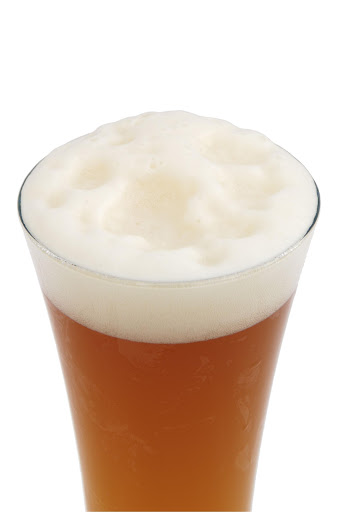 Blueberry, bacon, and banana do not appear to have much in common beyond breakfast and being a useful example of alliteration.

However, there's another link that unifies them: beer, specifically, flavours of beer.

South Africa is lager country. To put lagers' dominance of South Africa into perspective, there are not even five common beers made locally that are not lagers.

That is beginning to change with the emergence of the fledgling yet burgeoning micro-brewery industry.

"The growth is massive. It is doubling year-on-year and it [the market] is completely untapped," says Dylan Roach, marketing and sales director of Mitchell's Brewery's Gauteng operation.

"The guys [micro-breweries] are so small, they are struggling to get to market and supply the demand, because it is growing faster than the guys are supplying beer.

"As soon as you put the beer out there, it sells so fast they struggle to keep up."

South Africa's beer market is a duopoly, with SA Breweries and Brandhouse currently contesting approximately 99 percent of the local beer market between them.

Roach, also managing director of beer-equipment supplier The Tap Room, believes micro-breweries have begun to blossom because consumers are beginning to realise how different craft beers are.

"They are differentiating it from the norm, [the] boring lager drinker, and that is creating this underground culture that is becoming cooler and cooler," he says.

Mitchell's, Darlingbrew, Jack Black and Boston -- arguably the four largest micro-breweries in Gauteng currently, plus many others across the country -- are also creating ales and stouts, further expanding the flavours and textures beyond what South Africa is used to.

According to the website beer-faq.com, the main difference between ales and lagers is the type of yeast used in the brewing process.

This new trend can be seen by the arrival of so-called gastropubs in Johannesburg, which specialise in craft beer, beyond their established roots in the Cape.

The Griffin gastropub in Illovo and Foundry in Parktown North are two such bars which exclusively stock craft beer. Both establishments opened in the second half of 2012.

According to Roach there are about 55 micro-breweries countrywide, with the number having doubled over the last three to five years. They have a combined market share just under one percent of the local market and produce between 100 litres to several thousand litres a batch.

The reason there are not more players in Gauteng, Roach says, is because the smaller breweries currently do not have the necessary logistical and production capacity.

"Micro-breweries are normally situated in small towns, they are localised. They want to supply their local market," Roach says.

Micro-breweries experiment with many additives and flavourants, which poses the problem of producing a consistent, quality product as craft beer does not store or travel well.

"That's very important, a consistent product, maintaining quality standards, and being able to grow as demand for the beer grows."

Another benefit of the wide variety of flavours and textures which craft beer offers is its appeal to a long-slumbering market: women.

"There are also a lot of micro-breweries that are doing ciders, and there are craft cideries. Micro-breweries [are] experimenting with flavours, giving women a chocolate-flavoured beer or blueberries and things like that.

"A lot of the craft beers are quite fruity, without that very crisp flavour woman don't particularly like. Micro-breweries are definitely cracking that market. It's very interesting."

As the industry grows, Roach says the increased entry of craft beer into the market will be a gradual process.

"I think you will find more and more products readily available. I don't think it is only going to be the next five years. More the next 50 years.

"It's not going to stop growing because breweries take so long to grow, it will be a slow entry. You will notice more and more products [available] over a long period of time."

For those interested in tasting the cutting edge of South African beer, Gauteng's premium craft beer festival, the Jozi Craft Beer Fest, will take place in Johannesburg on Saturday May 4.