The PSL's Christmas break can be a gift for Bafana 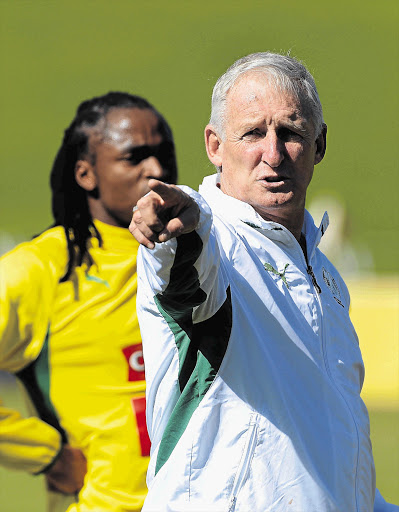 The Premier Soccer League will take a short break in January, which might help Bafana Bafana at the African Nations Championship finals in South Africa from January 11 to February 1.

PSL head of communications Connie Motshumi said the league had decided not to play matches between December 22 and January 23.

Bafana coach Gordon Igesund will be relieved as the tournament, which features only home-based players, does not fall on dates designated by Fifa for international matches.

Igesund's excitement might be short-lived, however, as Motshumi said PSL clubs would not be obliged to release players to the national team during their mid-summer break.

The 16-nation Confederation of African Football event will be played in Polokwane, Mangaung and Cape Town.

Igesund said he will be meeting coaches of various PSL clubs to negotiate for the release of some experienced players for the championship.

"For now the focus is on the (2014 Fifa World Cup) qualifier against Botswana. We have to win that game (in Durban on September 7).

"After the game against Botswana, we are planning some friendlies where I will give game time to some of the players we intend using during the championship tournament.

"Then I will be meeting with the PSL coaches. We are hosting the tournament, so it is important to assemble the best possible squad that will make the country proud."

The last time South Africa featured in this tournament was in 2011, in Sudan, where they were eliminated in the semifinals under caretaker coach Simon Ngomane, having fielded a majority of players who were not even warming the benches at their respective clubs.