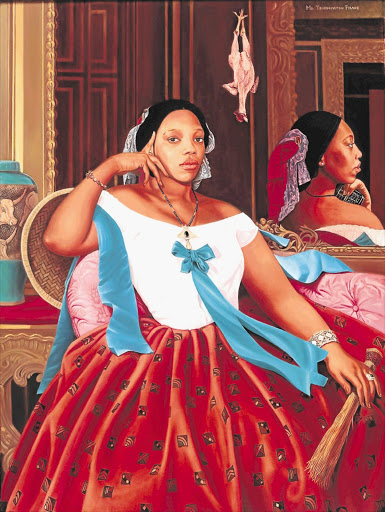 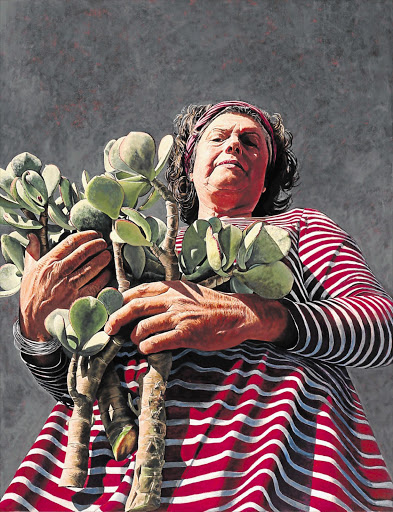 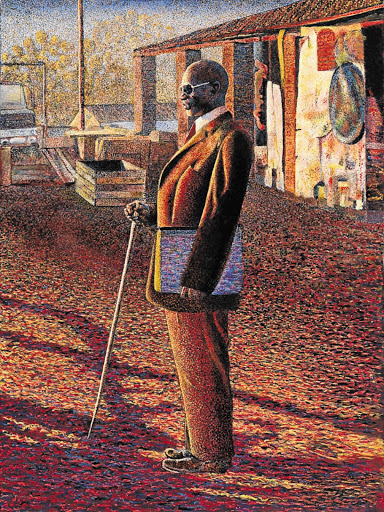 Portrait Award proves the best show us more than just a subject's looks. By Anna Stielau

With the largest cash prize offered by any South African art competition to date, the Sanlam Private Investments National Portrait Award has generated a great deal of talk. And, if the sheer volume of adjudicated entries (1783) is any indication, an impressive amount of action, too. It's worth noting that the UK's BP Portrait Award - an established institution now in its 34th year - garnered some 2000 entries this year, so, if nothing else, our National Portrait Award represents an effort to recognise an equivalent degree of interest.

Portraiture has a peculiar place in fine art. It is a tradition that marries creativity and record and still serves the rather pragmatic purpose of establishing a likeness to a real person. The more authentic the likeness, the better the portrait.

Beyond physical resemblance, portrait artists are inclined to make the romantic claim that their best work represents the essence of a subject.

As SA National Portrait Award judge Susanne du Toit - who recently walked off with the £30000 prize in this year's British BP portrait award - said of her winning portrait of her son: "I want to believe that I captured his inner life."

The first high-profile genre competition of its kind in this country, the award faced multiple challenges, among them possible staleness - how many beautifully rendered features or full-figure nudes can one really face within the framework of a single show? The exclusion of photography seems a glaring and rather old-fashioned omission and, finally, smaller selection committees risk celebrating a particular aesthetic that reflects the tastes of only a few individuals.

Indeed, many of the 40 finalists are in a similar vein. The front-facing, photo-real, head-and-shoulders portrait - a kind of glorified mugshot - makes an appearance again and again. Despite demonstrating enormous technical finesse, many of these images are eerily similar in execution.

The winner of the R100000 grand prize - Durban artist Heather Gourlay-Conyngham's A Young Man - is an unpretentious, intimate depiction of a seated nude.

Stefan Hundt, convener of the judging panel, commended Gourlay-Conyngham for her "exceptional skill. and the fact that her interpretation challenged convention".

Although I disagree and find Gourlay-Conyngham's portrait a little conservative, it emerged as evidence of her expertise among some stiff competition.

Her work will join the other 39 finalists in an exhibition at Rust-en-Vrede in Durbanville, Cape Town, until October 8, after which it tours the country until next year. The works can be seen at: