Mystery of the gun used to kill Marikana miner 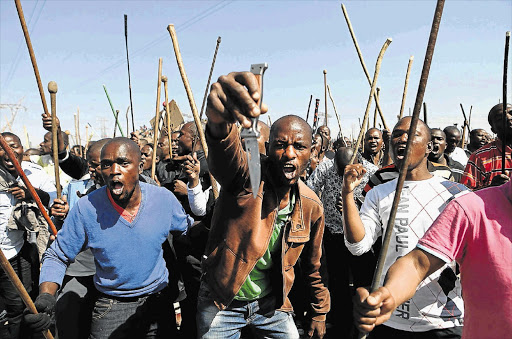 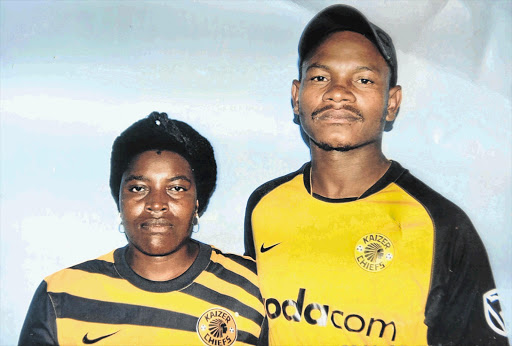 ON August 16 last year, Bonginkosi Yona failed to return to his shack to have lunch with his wife, Nandipha, and hold their nine-day-old son, Mihle, in his arms.

He had done so every other day of the strike by rock drill operators at Lonmin's platinum mine in Marikana, near Rustenburg in North West.

Nor did Yona return home, as he usually did, later that night - because his body had fallen near the kraal between the "big koppie" and Wonderkop informal settlement at the so-called scene one of the Marikana massacre.

The postmortem found that Yona had died from "shotgun wounds of the neck and chest", a cause of death that is one of the puzzles emerging from the Farlam commission of inquiry into last year's shootings.

Police at Marikana were not issued with shotgun ammunition on August 16 and the other miners killed on the day were shot with rifle bullets.

Nor were any shotgun cartridges from August 16 submitted by the police for forensic testing. This was confirmed in an affidavit by police ballistics expert Lieutenant-Colonel David Pieterse, who had tested and listed the weapons, spent bullets and cartridge cases used on the day of the massacre that had been given to him by the police.

So who killed Yona?

Five sources at the commission who spoke to the Sunday Times said recent evidence could point to Yona being killed by members of Lonmin mine security, who may have been present on August 16.

This week, Heidi Barnes, an advocate acting for the Association of Mineworkers and Construction Union (Amcu), submitted evidence obtained from police computer hard drives showing a list of Lonmin security personnel to be deployed on August 16 last year and the weapons they had carried on the day.

The evidence was a photograph of a chart listing the mine's security staff.

The chart had been hung up in the joint operations centre, on mine property, which had been used by the police and Lonmin during their operations in August last year.

The chart, headed "Mining Security Posting - 16 August 2012", listed 29 Lonmin mine security personnel, the registration numbers of vehicles that were to be used that day and the weapons the security staff were armed with.

They include 9mm pistols, LM5 assault rifles and, significantly, shotguns.

According to one lawyer, the position of Yona's wounds suggested that he "could have been shot [by someone] in the vicinity of the two police Nyalas that had moved to the left of the advancing group of miners, cutting off their access to Wonderkop settlement".

These two Nyalas were part of a longer line of armoured vehicles, and were immediately on the right of the line of tactical response team members who had opened fire on miners advancing towards them.

Stun grenades and rubber bullets had been fired at the miners from the right of the response team line.

The legal source said this raised the uneasy question of whether the police had allowed Lonmin security into their vehicles during the operation in which 34 miners had died.

Lonmin would not respond to detailed questions about the involvement of Lonmin security on August 16 and whether any Lonmin-issued guns had been fired at Marikana that day.

Sue Vey, the spokeswoman for the mining company, said: "The Farlam commission is currently in progress and has Lonmin's complete support.

"It would be entirely improper for us to comment before that investigation into the tragedy at Marikana has been concluded."

Advocate Dali Mpofu, acting for the miners arrested and injured on August 16, has argued at the hearings that the police and Lonmin were involved in "toxic collusion" when dealing with the striking miners last year.

Mpofu has maintained that Lonmin's interests had been conflated with the operations of the state security apparatus at Marikana - and that the police had become biased towards the mining company.

Police testimony at the Farlam commission paints a picture of a cosy relationship between Lonmin and the police: Lonmin offered the space for the police's joint operations centre and lent Mpembe its private security helicopter on August 16 when no police choppers were available.

Mine personnel also oriented police commanders who were new to the area, including North West police commissioner Lieutenant-General Zukiswa Mbombo.

Transcripts of conversations between the Lonmin executive vice-president for human capital and external affairs, Barnard Mokwena, and Mbombo on the eve of the massacre also revealed the political pressure put on the police by Cyril Ramaphosa, a Lonmin shareholder and now the ANC deputy president.

In the conversation, Mbombo told Mokwena that Ramaphosa was "pressurising" Police Minister Nathi Mthethwa. In turn, the minister was leaning on the police chain of command - from national commissioner Riah Phiyega on down - to resolve the standoff at the koppie.

This merging of the police and Lonmin, lawyers said, was further demonstrated by e-mails between Ramaphosa and Lonmin's chief commercial officer, Albert Jamieson.

In e-mails, the ANC politician reported speaking to Mineral Resources Minister Susan Shabangu and persuading her to describe the strike at the platinum mine as a "criminal act" rather than as a wage dispute.

This, said the lawyers who spoke to the Sunday Times, made it likely that either Lonmin security staff were involved in the operation on August 16, or that Yona may have been killed by a "renegade cop looking to revenge the death of a colleague on August 13", when two police officers died in clashes with miners.