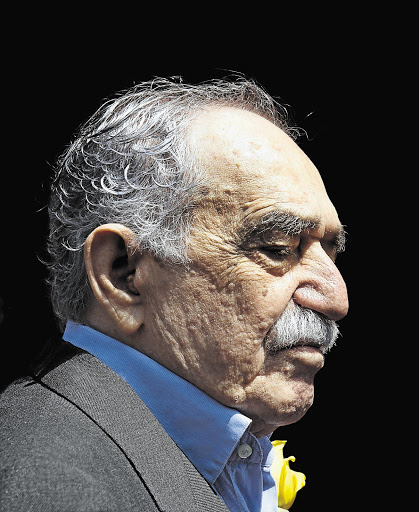 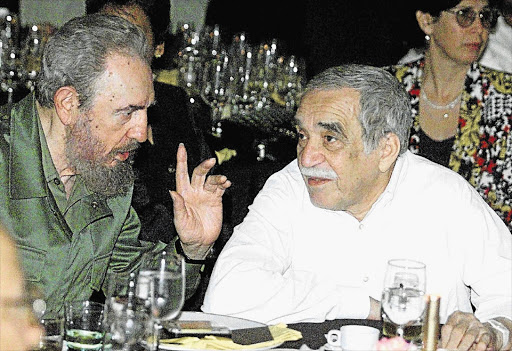 Gabriel García Márquez, who has died at the age of 87, was widely regarded as one of the 20th century's finest writers. A leading exponent of the Latin American school of magic realism, he created two of the greatest examples of the genre with his best-known works, One Hundred Years of Solitude and Love in the Time of Cholera.

Born on March 6 1927, Gabriel José de la Concordia García Márquez grew up in Aracataca, a small Colombian town that had flourished during the "banana fever" boom of the early 20th century. His mother's parents were leading members of the community and his maternal grandfather, who had at least 17 sons, had been a colonel in the Colombian "War of a Thousand Days".

Soon after Gabriel's birth, his parents moved away, leaving him in Aracataca to be brought up by his grandparents.

His grandfather was "the biggest eater I can remember and the most outrageous fornicator", and later became the model for the character of Aureliano Buendia, the patriarch in One Hundred Years of Solitude.

His grandmother was a fiercely superstitious woman who believed in magic and constantly told her grandson about ghosts and miracles. He grew up wanting to be his grandfather, but was drawn into his grandmother's world, later saying that he could trace his interest in magic realism directly to her.

In the course of his life he also frequently repeated his belief that the essential problem for any Latin American novelist was to get across the fact that the magical strange-ness emerging from the continent's fiction was not highly fantastical but a true reflection of the Latin American experience.

After his grandfather died, Gabriel was sent to a Jesuit boarding school, and then to the Liceo Nacional in Zipaguira, 50km from Bogota.

"It was like a death," he said, "because I lost my people and my family ... I just felt like a foreigner."

He made his first visit to the capital, which he found "dismal, smelling of soot ... you only saw a woman occasionally since they were not allowed in the majority of public places".

The school itself was a hotbed of learning, with poor students from all over Colombia and teachers steeped in Marxist theory.

"When I left there," he wrote, "I wanted to be a journalist, I wanted to write novels, and I wanted to do something for a more just society. The three things, I now think, were inseparable."

He enrolled at the National University of Bogota in 1946 to study law, and, when the editor of Colombia's best-known liberal magazine, El Espectador, wrote an article claiming that there were no talented young writers in the country, García Márquez sent him a selection of stories, which were immediately published under the collective title Eyes of a Blue Dog (1947).

This burst of success was interrupted on April 9 1948 when the liberal president, Jorge Eliecer Gaitan, was assassinated and a period of intense political turmoil, now known as la violencia, began. The university was closed down, and García Márquez's own study was destroyed by fire. He left the capital and began working for a variety of liberal newspapers in the relatively peaceful Caribbean region.

He continued to write fiction, and began work on his first novel, Leaf Storm, which was repeatedly rejected by publishers and did not appear in print until 1955. He also helped start up several magazines in which he published six of his own stories. This marked the beginning of a lifelong commitment to new writing in Colombia.

In 1954 he returned to Bogota to work as a reporter for El Espectador. He became both the film critic and an investigative reporter, and his most celebrated coup was a series of interviews with a sailor called Velasco who had been the only crew member to survive the shipwreck of a Colombian naval vessel officially caused by "an unexpected storm".

Velasco revealed exclusively to García Márquez that there had been a government cover-up, and that the true cause of the tragedy had been the ship's badly stowed, illegally smuggled cargo. The scandal led El Espectador's circulation to soar (the series of articles was published in book form as The Story of a Shipwrecked Sailor in 1970); meanwhile, García Márquez was sent to Europe until things quietened down.

The magazine was closed down by the government soon after he arrived in Paris, but he decided to stay on and, eventually, a Venezuelan newspaper commissioned him to write some pieces about life behind the Iron Curtain. Over the next few years he made three separate journeys to Eastern Europe. Although he never wavered in his belief that socialism was the only system capable of resolving the unequal distribution of wealth, he also wrote that the people in Eastern Europe lived in terror and were "the saddest I had ever seen".

García Márquez never actually joined the communist party, although he always maintained close contacts with its leading members in Colombia, and, despite its illegal status between 1954 and 1957, never failed to pay monthly contributions. As a result, he was frequently denied tourist visas to the US while simultaneously having to take criticism from the Colombian left for not committing wholeheartedly to their cause.

In 1958 he travelled to Venezuela to witness the fall of the country's detested dictator, Perez Jimenez, and it was during this period that he wrote No One Writes to the Colonel (1958), in which a retired army officer begins an apparently futile attempt to obtain the war veteran's pension to which he feels justly entitled.

He returned briefly to Colombia in March that year to marry his long-term fiancée, Mercedes-Barcha Pardo, with whom he later had two sons. The newly-weds were in Caracas when, on January 8 1959, he received the news that Fidel Castro had entered Havana in triumph.

García Márquez was jubilant. He went straight to the island to witness the founding of the new Cuban press agency, Prensa Latina, and was invited by Castro to set up an office in Bogota, where he spent the next two years energetically defending the Cuban revolution, first from Colombia and then from New York. During the Cuban missile crisis in 1962 his American visa was withdrawn, and he was forced to move again, this time to Mexico City, which became his home.

García Márquez spent the next 18 months living off credit and writing One Hundred Years of Solitude, while his second novella, In Evil Hour (1962), won first prize in a competition in Bogota.

One Hundred Years of Solitude (1967) tells the story of a family through six generations. It is the epic tale of a town, based on Aracataca but called Macondo, from its founding through to its collapse, and takes in the entire history of Colombia. But it is also a domestic tale full of detail from García Márquez's own family life. It includes such memorably surreal images as a plague of insomnia; a priest who levitates when he drinks hot chocolate; and rain that lasts for four years, 11 weeks and two days.

Latin Americans were immediately enthusiastic about the novel, feeling that, at last, the continent had a literary style distinctively its own. Pablo Neruda called it "perhaps the greatest revelation in the Spanish language since Don Quixote"; it was translated into dozens of languages and has sold tens of millions of copies.

After its publication, García Márquez began to lead the life of a famous writer. He used his new-found fame and wealth to launch a magazine in Colombia called Alternativa, which was to provide a different angle on the news, and particularly on the overthrow of democracy in Chile in 1973. Although relatively successful, the project was riven with internal disputes and collapsed in 1980.

After the publication of Innocent Erendira and Other Stories (1972), García Márquez served on the Russell Tribunal, investigating human rights violations in Latin America; and in 1978 he founded a human rights organisation called Habeas in Mexico City.

The Autumn of the Patriarch (1975) was a poetical indictment of all the dictators to have plagued Latin America, and was his first novel not set specifically in Colombia. He then entered into a much-publicised literary silence, stating that he would publish no more fiction until General Augusto Pinochet had been removed from power in Chile.

Despite the fact that Pinochet was still in power, in 1981 García Márquez published Chronicle of a Death Foretold, the fictionalised account of the murder of one of his own childhood friends.

In 1982, García Márquez's life changed once more when he became the first Colombian to win the Nobel Prize for Literature - and the first South American since Pablo Neruda in 1971. He seized the opportunity in his acceptance speech to make a very public denunciation of the horrific acts that had taken place in South America since Neruda's victory, and announced his intention to spend almost all of the prize money setting up a radical new Colombian daily paper.

The speech was followed by a wild party for which Fidel Castro provided 1500 bottles of Cuban rum and at which anti-American slogans were liberally hurled around.

With Love in the Time of Cholera (1985) García Márquez produced a parody of romantic fiction while embracing the genre. Although it is primarily a story about love and ageing, it also harks back to No One Writes to the Colonel, since the central character is suspended in an apparently futile existence, waiting to be reunited with the love of his life. Unlike the earlier work, however, the novel ends happily. It was to be a worldwide bestseller despite the US refusing him an entry visa to promote it.

The General in His Labyrinth - an account of the last years of the revolutionary hero Simon Bolivar - followed in 1989, and that year García Márquez branched out into television, writing the script for a soap opera about an English governess in Venezuela called I Rent Myself Out To Dream.

In 1996 he published News of a Kidnapping, a work of non-fiction about the Colombian Medellin drug cartel, and in 2003 a volume of memoirs, Living to Tell the Tale. His other novels were Of Love and Other Demons (1994), in which a coastal town slips into communal madness; and Memories of My Melancholy Whores (2004), which was banned in Iran. Many of his books have been adapted for the screen.

García Márquez spent much of his later life in an elegant suburb of Mexico City, writing short stories at an average of 24 lines a day in a study heated all year round to 28ºC . He described his greatest literary influences as Kafka and his grandparents, and said that his greatest achievement in life was his two sons . He maintained homes in Colombia, Barcelona and Paris, and continued to keep up his friendship with Castro, who gave him the use of a villa in Havana. During García Márquez's frequent visits to Cuba, the two men went fishing together, and talked about books and the nature of absolute power.

Despite his fame and fortune, García Márquez preferred to avoid interviews, and his final years were marred by dementia.

He did, however, enjoy explaining that what he liked most in life was "the world of the farandula, of show business. To me, it's enchanting to run around with singers, actresses, staying up all night, going to all sorts of parties. I'd like to run around with many beautiful women, different every day. And never work. But then I couldn't write. And the only thing I ever wanted to do in life was write."

He is survived by his wife and sons.