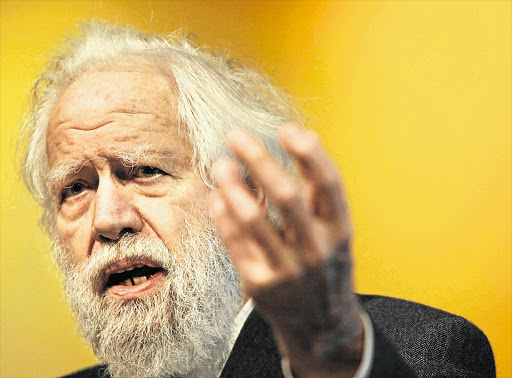 Alexander Shulgin, who has died at the age of 88, was a US chemist known as the "godfather of psychedelics".

In his psychopharmacological studies, Shulgin used himself as a guinea pig to analyse human reactions to more than 200 psychoactive compounds. His experiments most famously introduced the empathogenic drug MDMA to the popular consciousness - under its street name, Ecstasy.

MDMA - known chemically as 3.4-methylenedioxy-N-methamphetamine and by Shulgin as a "low-calorie martini" - had originally been created as a blood-clotting agent in 1912.

In the mid '70s, Shulgin synthesised the drug and took it himself, noting its beneficial effects on human empathy and compassion. Effectively, Shulgin had created a "love drug".

"I feel absolutely clean inside, and there is nothing but pure euphoria," he wrote in his journals. "The cleanliness, clarity, and marvellous feeling of solid inner strength continued through the next day. I am overcome by the profundity of the experience."

Shulgin and his friend Leo Zeff, a psychologist from California, promoted MDMA across the US to hundreds of psychologists and therapists as an aid to talk therapy.

One of the therapists who embraced the drug was Ann Gotlieb, who met Shulgin in 1979. The pair married two years later.

Shulgin was born on June 17 1925 in Berkeley, California. H is parents were schoolteachers . Shulgin studied organic chemistry at Harvard University as a scholarship student, but he dropped out in 1943 to join the US Navy. While serving during World War 2, he became interested in psychopharmacology.

Before surgery for a thumb infection, he was handed a glass of orange juice and, assuming that the crystals at the bottom of the glass were a sedative, he drank it and fell asleep. After the surgery, he discovered that he had simply drunk fruit juice with added sugar and he had been given a placebo.

He was, he said, amazed that "a fraction of a gram of sugar had rendered [him] unconscious".

On leaving the navy, Shulgin returned to Berkeley, where he earned a PhD in biochemistry. He continued with postdoctoral work in psychiatry and pharmacology at the University of California before working in industry.

At Dow Chemicals, he first started experimenting with mescaline. In the late '60s, he left the company to spend two years studying neurology at the University of California. He then built a lab - known as "the Farm" - behind his house and became an independent consultant.

During this period, he developed ties with the Drug Enforcement Administration (DEA), giving seminars to agents on pharmacology and providing expert testimony in court. The administration granted him a licence for his analytical experiments, allowing him to synthesise illegal drugs.

The benefits and dangers of MDMA have long been debated (it was made illegal in Britain in 1977 and in the US in 1985). The debate accelerated as the drug was rebranded and often dangerously cut during the '80s and '90s to become the colourful little tablets known as Ecstasy, Molly or simply "E".

Shulgin maintained that the drug could help patients to overcome trauma or debilitating guilt.

He wrote several books, including the bestseller PIHKAL: A Chemical Love Story (1991), which he authored with his wife. The acronym stood for Phenethylamines I Have Known and Loved. It was described by the DEA as "pretty much a cookbook on how to make illegal drugs".

Shulgin is survived by his wife.