A plague on their houses, say critics 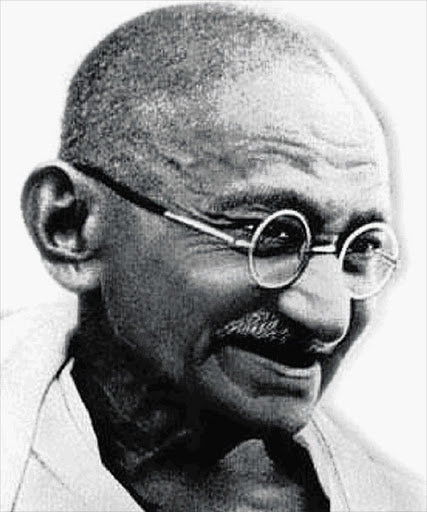 A development project in eastern Johannesburg has earned the wrath of historians and residents, who say it will be built over the graves of thousands who died of the plague and illnesses such as smallpox, leprosy and tuberculosis.

The developers of the Linksfield mixed-use development on Rietfontein Farm 61R have filed a notice to develop a multibillion-rand 171ha project that will include 10085 residential units, from upper-end penthouse apartments to housing for low-income earners.

It will include business parks, convenience retail, entertainment, restaurants, hotels, hospital, schools, a university and a retirement village.

The development, by the Gauteng department of human settlements, is set to result in the destruction of the Sizwe Hospital - previously called the Rietfontein Hospital - which was established to treat patients with smallpox, bubonic plague, leprosy and TB.

In 1904, Mahatma Gandhi was active at the hospital and in the area, warning of a potential plague. He nursed patients and petitioned the medical officer of health several times.

In a motivation report, Bokamoso Landscape Architects and Environmental Consultants as well as African Heritage Consultants said that one of the issues identified during the environmental impact assessment was the existence of graves and the potential risk posed by the exhumation of those graves.

Town planners Urban Dynamics insist the graves will not be disturbed .

Van der Schyff said Gandhi's role in identifying the outbreak of the plague in Johannesburg and his quick intervention in isolating the victims and bringing it to the attention of the authorities at the time had prevented an "absolutely catastrophic" situation.

Another resident, Marian Laserson, an architect, said: "We can't allow the government to build these houses here so they can gain votes at the risk of many lives. It is unacceptable that the province is making this application - they are the ones who are going to make a final decision on whether this project get the OK."

Jon Busser of Urban Dynamics said the land was registered to the Gauteng provincial government.

"A team of qualified specialists, including microbiologists, pathologists, ecologists, historians and geohydrologists were appointed to independently research the issues related to smallpox and anthrax. This team individually and jointly concluded that there are no risks whatsoever that any diseases could spread as a result of this development, or in the unlikely event that graves are disturbed.

"The results of these studies will be made available for public scrutiny as part of the environmental impact assessment process," he said.

The draft environmental impact assessment report will be available to the public next month. Attempts to obtain comment from the department were unsuccessful.

Ela Gandhi, granddaughter of the renowned statesman, said she was aware that "in the old days" communities were moved to a location where there were no services, which resulted in many people falling ill.

"Gandhiji helped to nurse many of them and raised the issue with the authorities."

Gandhi said she had heard about the graves, but was only aware there was an objection from the Jewish community with regard to this aspect of the development. She was uncertain of the nature of the development or the potential health implications.

"We are at a point where the developer has given notice to develop the area of a mixed-income housing project that will cater to the poor and middle class. I understand there are a number of objections."

He said he would talk to the city's town planners as well as the relevant officials with regard to potential health risks.

"Assuming the project is given the go-ahead, it will be done with the strict supervision of our health department."

They say it will pose risks with regard to safety and crime levels, security, infrastructure, environment and sanitation, and that it will result in unacceptable and increased congestion on the roads leading to the N1, OR Tambo airport, Eastgate and other developments in the area.  It will also result in the reduction of property values in surrounding areas.