Books: The fruits of fear 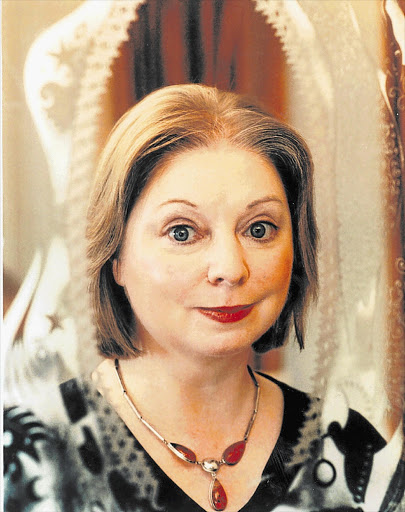 Ann Donald met Hilary Mantel in London, and discovered some of her ghosts

The Assassination of Margaret Thatcher *****

'Prick your fingers, and use the blood for ink," Hilary Mantel advises would-be memoirists in Giving Up the Ghost, her own hand holding an intravenous pen. That same year, 2003, she also published her first collection of short stories, Learning to Talk, which she has described as "variants" of herself, explorations of her "unused lives". The two works leak into each other, making it impossible to separate the fiction from the life.

Blood, violence, ghosts; ink, valiance, spirit. These elements weave through all Mantel's work and through them a portrait of the artist emerges: a fearful but determined child whose imagination both fed and thwarted her fears, who still battles to vanquish the pain of the endometriosis that has defined her adult years; a woman who faces her demons with valour, and who gives life to the ghosts of her unborn children in her fiction. ("When you think you're pregnant and you're not, what happens to the child that has already formed in your mind? You keep it filed in a drawer of your consciousness, like a short story that wouldn't work after the opening lines.")

Now Dame Hilary, she has written 12 works of fiction and the memoir, has won two Bookers, and has had her work gloriously transformed for the stage. Her latest collection of brilliant, surreal and disturbing short stories, The Assassination of Margaret Thatcher , had MPs and lords baying for her blood within hours of its release.

In person, Mantel is appropriately pale for one whose veins have been milked. She is also warm and gracious, her soft voice girded by the northern accent her elocution teacher was not equipped to eradicate. Unfailingly polite, Mantel takes questions thoughtfully, spending time to think about her answers, serious but with a ready laugh - particularly at herself.

She also finds a bit more blood to wring out when asked about a ghost that has hovered around her work with only fleeting appearances: that of her father, who left her life after another man had moved in with her mother. It was the summer of her 11th year. She never saw him again.

There's a nod to her father in the story "Destroyed" in Learning to Talk. A girl asks her mother, "Where's my dad?" The mother thinks she is referring to her stepfather, to the daughter's fury: "Fuckit, I wanted to say, I mean my dad, I don't mean the substitute. Answer the question I put to you."

I put the questions to Mantel: did you ever get an answer to what happened to her father in real life? Did you ever meet him again, see him again? Is he the permanent ghost in your life?

The answer is no, and yes. "Yes" to finding out what happened to him: After Giving Up the Ghost was published a woman her own age wrote asking if she, Mantel, wanted contact with her family. She found out then that her father had remarried - to a woman with her own family of six, one of them her correspondent. He'd died by the time the women met, but she received back his chess set, which she'd described in her memoir.

The "no" answer to these questions is open to interpretation. She never saw her father again, but he does reappear in one of the most unusual of many unusual stories in the Margaret Thatcher collection, "Terminus", which begins: "On January 9th, shortly after eleven on a dark sleety morning, I saw my dead father on a train pulling out of Clapham Junction, bound for Waterloo."

Mantel tells me, unprompted: "That was my real father, not my stepfather."

"Terminus" was first published in 2004, a year after Ghost and Learning to Talk, and before she met her father's stepdaughter and learned what had happened to him. But at the time of writing it, Mantel says, "I had lost him ... I didn't know whether he was dead or alive." She says she came home from a trip to London "with the whole story seething inside me, walking into the house, just dumping my bag and writing it ... It was a strange experience and ... it's got that quality of heightened language; it's peculiar."

Mantel pauses, a lengthy silence. "But the other part of your question," she says slowly. "Who knows what it does to you. I feel unfathered. It's a relation I've not had in my life."

She starts again: talking about him seems to stir something.

"The problem was I became my mother's creature and from the time I was seven or so, she was systematically turning me against him," she says.

"But when I think back to being a little girl, I can see the similarities of my temperament to his. And I'm grateful to him because it's he who gave me the habit of reading and taught me that two people could sit in a room together reading their separate books and still be together and not have to chatter. That's a great thing to do for a child."

Her father for her reading; the Catholic litany for her writing. Growing up, "I was educated in superstition rather than religion," she says. She tells of how she was influenced by the "soul-shaking" language of the prayer book, of "how it tells you very early in life that there is another world you can't see; that thought and imagination are as important as the visible world", and of "learning what's figurative and what's literal - and that people don't know the difference".

All the influences of Mantel's life and writing have culminated in the masterpieces that make up the first two books of what will be the Cromwell Trilogy, with their peculiar, unsettling viewpoint from behind the eyes of Thomas Cromwell, the blacksmith's boy who rose to the most powerful position in the court of Henry VIII.

As we wait impatiently for The Mirror and the Light (it will be "ready when it's ready"), she offers a teaser: "Interesting things happen with viewpoint in these books, and it evolves. Because ... he is so strange to himself as we go into the third book, so different from the place where he began. But he can almost step outside himself. And he's watching with awe his own ascent. He's an object of wonder to himself."

On a cool September day in London, the blood and ghosts of Mantel's imagination are not evident. She's not given up on them, never that, but she's having fun: her health has improved, lifting the sword of pain from over her head. Her work with the team around the stage productions of Wolf Hall and Bring Up the Bodies has been exhilarating, she's "powered up" to finish the third novel and has plans for writing a historical drama. "It's been a great year," she says. - @AnnDonald3