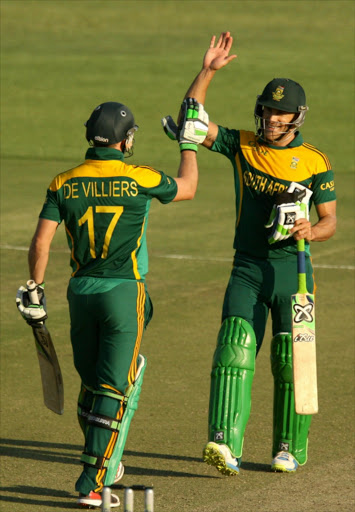 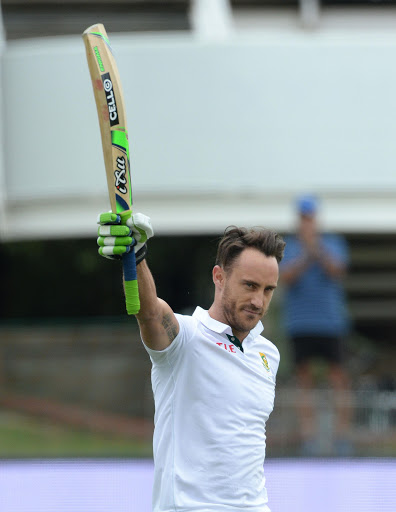 There are 13 centimetres between the height of Faf du Plessis and Kyle Mills, and on the steamy night of March 25 2011 there were 13 times as many degrees of separation between them in experience. And it showed.

Du Plessis had clipped Nathan McCullum to midwicket and called AB de Villiers for a quick single. Too quick as it turned out, even for the fleet-footed De Villiers, who was run out. With that, another nail was smacked into the coffin of SA's impending World Cup quarterfinal defeat by New Zealand.

For Du Plessis, boiling point had been reached. All it took to bring on oblivion was something said by Mills, who was not in the Kiwis' XI but was on the field with a fresh batch of drinks. Du Plessis was playing his 10th one-day international (ODI) and was almost 20 months away from making his test debut. Mills had 129 caps in the 50-over format and had played all of his 19 tests.

Suddenly, 1.80m Du Plessis was face-to-chest with 1.93m Mills and the spark of violence flashed through the sticky air - only for the umpires to intervene to snuff out the drama.

From the boundary the incident looked like it would embarrass the protagonists - Du Plessis in particular - in the future. But, with another World Cup just weeks away, he had no shame. Instead, he was grateful.

And far from trying to avoid such visceral confrontations, Du Plessis is looking forward to resuming hostilities.

"In my perfect world I would like to play New Zealand in the semifinal and have that situation arise again," he said.

"This time, it will be the other way around. We'll be the team on top and we can do the same to them."

Since that game Du Plessis has turned himself from a middle-order merchant into a flinty number three who sucks up pressure like a sponge and squeezes out runs.

Du Plessis is the mortar between the bricks.

"'Quinnie' (Quinton de Kock) and 'Hash' (Hashim Amla) are aggressive players, and in Australia you need guys who can take it on," he said. "But guys like AB (de Villiers) and David Miller also need protection. You don't want them in too early.

"My role is to try and bat through and score hundreds, and possibly leave the flashiness to the other guys. But when it needs to happen, then I'll happily do that.

"When you come into a team you can't pick where you want to bat - you do what the team needs from you. I came in at No 6 and 7, and it wasn't something I was used to. I took two years to understand what to do."

Du Plessis saw similar maturity in the team. "Off the field we probably have the best cricket environment you could ask for. We weren't an unhappy team before, but the amount of care we have now for our team and for every guy to do well, I'm hoping that that's the 5% we didn't have in the past.

"I see this World Cup as being about what we have as a team and the culture we have established during the past year-and-a-half." Fine words. Their worth will be tested when push comes to shove.