Boxing fundis mull over how to bring back fans 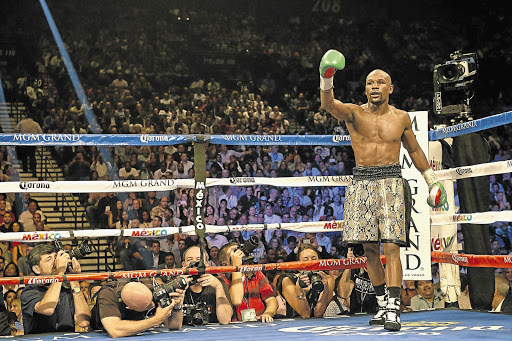 South African boxing faces a desperate race against time, if it wishes to avoid taking a further beating, to figure out what the paying public wants to see.

The sport faces a daunting task because its waning popularity can largely be attributed to the fact that it no longer has skilful, charismatic fighters who capture the public's imagination.

It also doesn't help that even those who still remain loyal to the sport can not decide whether they prefer to see the brute physicality of brawlers, or whether they would rather watch the skilled, tactical artists who rely more on finesse inside the ring.

While the fans may have difficulty deciding what their preferences are, local boxing experts agreed that skill supersedes brute force.

Promoter Rodney Berman has been in boxing long enough to know what brings in the crowds.

The wily promoter said while a physical contest will keep the crowd on the edge of their seats, it is the guile, finesse and sheer artistry of skilful boxers that remain in the memory long after the fight has ended.

''That is why people still have such fond memories of fighters like Dingaan Thobela, Brian Mitchell and Charlie Weir even though they last fought so many years ago," Berman said.

''They had skill, charisma and personality, and did not rely on power inside the ring. It is no surprise that we are still talking about them even today."

Promoter Jeff Ellis said he understood why the debate was happening but he had a different outlook. ''Personally, I prefer to see boxers who have a big heart and it does not matter whether they are brawlers or artists," he said. ''For me a big heart separates the boys from the men. Think of boxers like Piet Crous, Levi Madi and Mitchell. These guys had a big heart and it defined who they were."

Veteran trainer Norman Hlabane added his own twist and insisted that even the most skilful, talented, aggressive boxers were not likely to leave a lasting impression if they did not work hard at their craft.

''That is what made Thobela who he was," said the man who was also Thobela's trainer. ''Hard work and dedication in the gym are just some of the key ingredients a boxer needs to succeed. The problem is boxers today do not want to be pushed very hard in the gym and this, for me, is the main reason the public would rather stay away."

American Floyd Mayweather is a drawcard in world boxing and he is known more for his artistry than his physicality.

He has managed to get his artistry to work for him as he has a higher knockout ratio than people realise - 26 knockouts from 47 wins.

The most popular fights on SuperSport last year: