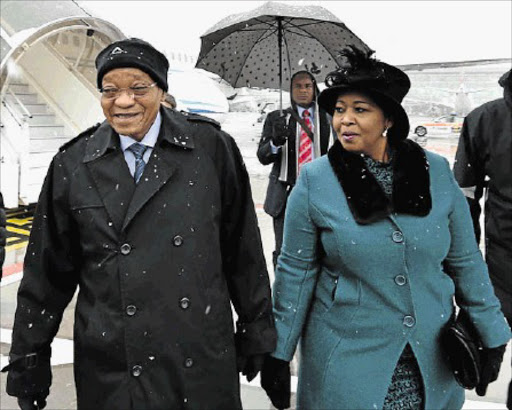 President Jacob Zuma was ahead of the game when he landed at Davos last week wearing a very South African K-Way beanie.

The headgear emerged as a hot fashion item at the Chanel couture show in Paris this week - thanks to designer Karl Lagerfeld's knack for turning the humble into haute.

The beanie did have one season a few years back, when Belgian fashion designer Raf Simons came up with a "concept" beanie with a netted veil at German designer Jil Sander's fashion house, which only went into limited production.

Now beanies have their moment of glory. The beanies in this week's Chanel couture show were not like Zuma's knitted K-Way. They were ethereally delicate-looking things, spun from cashmere and possibly fairy's wings, and scattered with jewels and appliquéd chiffon flowers. No word as yet on how much they will sell for. Whatever - they will still be a cult, and much copied.

You could argue that with Chanel's heft behind it, any rebranding is automatically destined for a degree of success.

Lagerfeld also kicked off the takkies phase. His trainers had fashionistas wearing chunky, flat shoes - even women who spend their lives being swooshed across the globe in the leathery interiors of private jets.