Damian Lewis gets into Henry VIII's head for 'Wolf Hall' 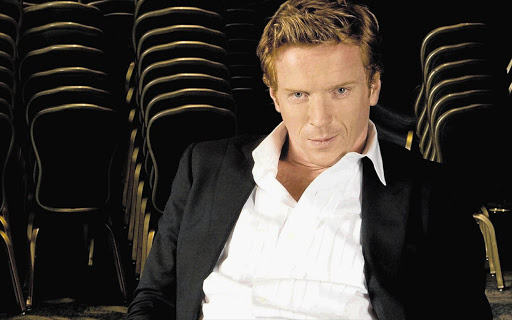 'Wolf Hall', a miniseries based on the award-winning historical novels by Hilary Mantel, will be hitting SA's small screens soon. We ask Damien Lewis, who plays Henry VIII, to share some insight into this infamous Tudor king

What sort of a man is Henry?

In this version of his life - in Hilary Mantel's vision - Henry is at times the despotic, paranoid, cruel king that we may think we know from history. But more importantly for our version, we see a king interested in romantic love, a man who tries to normalise his relationships with women, who wants to have a romantic relationship with women. A man who is tender and loving, or can be, a man who is a pre-eminent athlete of his generation.

Henry placed a lot of emphasis on the fabulousness of his court; he wanted to return to a sort of medieval chivalric-type court. He demanded that everyone looked marvellous ... He looked like the brightest peacock at court. And he spent a lot of time wanting to hunt, joust, do archery ... he liked being away from court. I think very much part of this version of the king is that this is a man who sort of didn't concentrate at the important times, and was happy for governance to be left to [Cardinal] Wolsey initially and then to Thomas Cromwell, whose story of course we're really telling.

And as a result, I think some of the terrible things that happened during Henry's reign happened because he didn't always understand the consequences of his actions or take responsibility.

Why did Anne Boleyn have such a hold over Henry?

Firstly he desired her intensely yet she was very good at holding back, not giving him what he wanted - which of course only made him want her more. She was also fiercely intelligent and strong-willed. Henry was infatuated with her - he had never met a woman like this. In the end it might even have been Anne's simple strength of character, strength of personality, her will, her eloquence, her intelligence, and probably in the end her inability just to shut up, just to see the signs a bit, that did for her. I think Henry just tired of her.

What was the nature of Henry's relationship with Cromwell?

What you see in Hilary's books is that Henry was very taken with Cromwell - above and beyond Cromwell's effectiveness in running the country, he just liked him. He goes to visit him at his house, he wants to know about his relationships, he understands the personal grief that Cromwell has experienced in his own life, and seems to want to sympathise and have a friendship. Whenever he's with Cromwell there are often these glimpses of a man seeking a normal friendship. Henry is someone who is ordinarily surrounded by people with whom he can never have that kind of friendship because they're essentially sycophantic. That, of course, is the conundrum for Henry: he enjoyed the adulation and sycophants and wanted to be No1. But at the same time he was seeking a normal friendship and Cromwell in some ways gave him that.

Why do we find this period and this story so fascinating?

Well the story of how the Tudors themselves emerged as part of the royal line is interesting. I've got to try and remember to get this right - Henry VI was a Plantagenet and actually the founder of Eton College in 1440. His widow Catherine married again, Owen Tudor, who was a Welsh bodyguard basically. And this Welsh family insinuated itself into the royal line, into the throne of England. And we were then into Edward IV and Richard III.

And the Wars of the Roses, which is also an interesting period, but the Renaissance that was going on in Europe and in Italy in particular at the time, didn't really come [to England] and affect our courts and affect us socially, culturally, scientifically, until the Tudors emerged. And the Tudors pursued those hobbies, those interests in a major way. And so I think the Tudor court just was perhaps more colourful than any court previously. And not just Henry, the Elizabethan court.

Henry built the navy up into a size that we'd never had before. Under Elizabeth, we then had the great privateers, buccaneers, pirates essentially, the Raleighs, the Drakes, who sailed around the world. It's then into the age of Shakespeare and the New World and colonising the New World very shortly afterwards. So this whole 100 years, 120 years of Tudor history is just one of the most explosive, creative, exploratory times of our history. And the man at the centre of it is this larger-than-life sort of fabulous but dangerous king.

Do you come out of a project like 'Wolf Hall' liking Henry VIII more than when you began?

There's a lot of him I've fallen in love with completely. He's a fabulous, fabulously interesting character. A lot of it is good; a lot of it is really good. But things which are unforgivable were allowing himself to put to death people he loved deeply. I don't know what he was thinking. He was suggestible. People came at him in groups, in conspiracies, and he was overwhelmed. Half of his head was still hunting and wondering what palace he was going to be in that summer.