On his phone are missed calls from US rapper Sean "P Diddy" Combs and he is working on a song with Alicia Keys, but South African DJ Black Coffee says he doesn't believe he was meant to be famous. 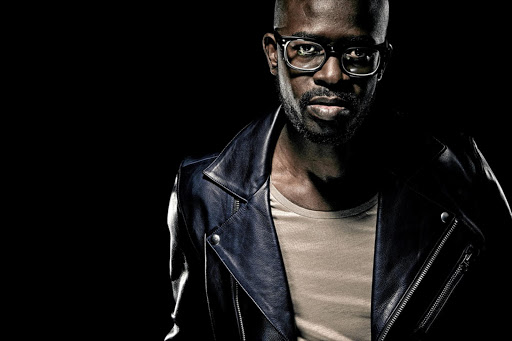 If that's true, the award-winning muso is tempting fate with his chosen career, which is earning him international accolades.

This weekend he is attending the Black Entertainment Television awards in Los Angeles, where he is nominated alongside fellow South African artists Cassper Nyovest and AKA for a Best African Act gong.

And he is looking to make LA his home within the next year, earning his keep by writing film scores and starting a clothing label.

The DJ, who grew up in the Eastern Cape and whose real name is Nkosinathi Maphumulo, won the Breakthrough DJ of the Year Award at the DJ Awards in Ibiza last September.

In April, he was chilling with Keys and her husband, the US hip-hop artist Swizz Beatz.

"Most of these friendships are real. Swizz invited me to Alicia's intimate listening session as a friend in a personal capacity, not as a DJ.

"The next day Swizz posted my album on his Instagram because I gave it to him that night, but I wouldn't post that because as South Africans we have to be careful on how we put out our lives out there."

The 40-year-old father of four, who lost the use of his left hand in a car accident in 1990 when he was 13, has played on big stages including in the world's unofficial party island capital, Ibiza, and the Coachella Music Festival in California.

Black Coffee reveals almost nonchalantly what he has been up to in the past few months.

"I met Puff when I was in Ibiza. He wanted to hear me play. One night ... in Miami in March friends invited me to his house where he throws the most sought-after parties of all time.

"I immediately grabbed my bag and told my friends I couldn't go to Puff's house without my music. First we met his girlfriend who was like, 'Gosh I can't believe you're here, I stayed in South Africa for like three months and listened to your music.'

"Then she took us to Puff. Puff was sitting with Paris Hilton, Wizkid and some other people I didn't know. And as soon as he saw me he went crazy, this was my second time meeting him after Ibiza.

"At his parties, everyone wants to play. There was a long list of DJs, but Puff called me over, then next thing he was announcing I was next to play and like that I was on the decks doing my thing," said Maphumulo.

Two days later he got a call from Diddy's management requesting studio time with him - which he's currently doing. He spends about six months of the year in the US and Europe.

He is working on a song with Keys. He can't talk about it as he feels he "can't keep telling people everything I'm doing, as it may bore people".

I honestly don't believe I was meant to be famous, I just love music. The rest happened because of music, not because I sought it

"It's hard to live a life where people praise you all the time and worship the ground you walk on ... I honestly don't believe I was meant to be famous, I just love music. The rest happened because of music, not because I sought it."

Recently he was approached to be the ambassador for a Swiss clothing label - but he turned down the offer as he's planning on starting his own clothing label.

"But the music still comes first. I plan to move to LA in the next year to push my music through film scores. I've started a little bit but that's the next step for me.

"I want to grow and it's through music that I know how," said Maphumulo, who is married to Rockville actress Mbali Enhle Mlotshwa.

He has released five albums since he broke into the industry in 1995. The latest is Pieces of Me, which earned him four South African Music Awards, including for Best Dance Album. While he was flattered by the BET nomination, it was "sad" the African category was not televised and was done the night before. "It feels like us Africans are a second thought."