4 South African photographers making it big on the international front 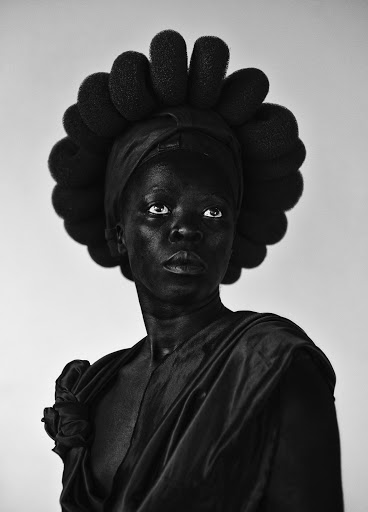 LGBTI activist and artist Zanele Muholi (pictured) says artists have a 'responsibility to respond to the lack of black content in different galleries'.
Image: Zanele Muholi

From using photography as a form of activism to capturing some of the world’s most famous people, the work of these South African photographers is gaining traction at home and abroad

On her exhibition Somnyama Ngonyama which featured a series of self portraits... This exhibition is my artistic expression to deal and respond to racism. It is to deal with the issue of racism we see in the media, and incidents that happen every day in front of us that we do not speak about, the experiences that displace the black person in spaces.

On the artist’s responsibility… I am an activist before I am an artist and use my photography as my own means of articulation to deal with issues that are not really tackled in the mainstream media.

I am a visual activist, and believe that artists have a responsibility, because we live in a world where a lot of our people are excluded from certain spaces. When a space is opened up for us, it is our responsibility to question and open up these spaces for other people too.

On the need to make more spaces for LGBTI people… There is an invisibility of us in spaces and we have a responsibility to respond to the lack of black content in different galleries by having conversations about the absence of our work in those spaces.

Most artists do not have access to galleries to showcase their work because some of the curators and directors they believe that some of the content by us shouldn’t be there, like it is too explicit.

When we think of art activism produced by people who identify as LGBTI, we have to make sure that our people are resourced to show their work. We need this to happen so that people are educated on LGBTI affairs.

On the legacy she wants to leave… I want everyone who looks at my work to see the existence of LGBTI people in South Africa and beyond. I want people to respect us and see that a lot of relevant things that we are doing that have been left undocumented, unheard, and unseen.

Maubane was born and raised in Mafikeng, the North West. Her interest in photography has seen her capturing images that explore concepts around strangeness and foreignness, and how people come to function in new or different spaces. She documents themes around displaced people.

On the projects she picks… I always investigate narratives that are personal and that I can relate to. For example, the series Resettlement — Passing Housing is a comparative photographic study exploring living spaces of student tenants in communes around Brixton, Johannesburg.

During my varsity years, I was a tenant at the same commune for four years, and I noticed a gradual change in how I moulded my personal space by positioning objects. I managed to create a house in one room by forming invisible walls subdividing the space.

On relating to her subjects… I don’t necessarily see myself in the people I photograph, but I can relate to them somehow.

I have always had an interest in hair: at school I was the resident hairstylist, charging only R20 for cornrows. I made the connection after I spent months photographing women street hairstylists in downtown Johannesburg. Seeing them work and interact with their clients reminded me of myself.

On her favourite image… My favourite image has to be from the series Woza Sisi. I captured three generations in one frame. The image depicts Rosetta the hairstylist doing a client’s hair and surrounded by her granddaughters.

She shared many memories with me: having been based there for a while, she has seen Kerk Street Market evolve, structures being built, and shops coming and going.

On the hardest part of the shoot… The hardest part for me is approaching and introducing myself to a subject who has captured my eye. I am quite shy and I don’t take kindly to rejection.

It takes a lot to come back after someone blatantly refuses for me to take an image of him or her. But one has to soldier on, and try to find another scenario.

With a father who was also a photographer, Taylor has always loved images and the tales that come with them. He believes that more than other mediums, photography offers a wonderful a wonderful mixture of timing, bravery, and chance; and this all lives in the balance between timing and illusion.

The hardest part of a shoot… On set you have the final word, but there are generally a few people who also want to also have the last word.

I would say managing and manipulating these expectations is probably the only ever-changing variable… and the most dangerous.

I also feel the lines between commercial and art photography are more blurred than ever.

But when someone is paying for you to be there and has their own set of expectations and requirements, it is important to remember that your ego as an artist has to open to those expectations. It becomes as much about working within parameters as it is about your vision.

On how he wants his photos to be interpreted… Anything more than a swipe or double tap will do.

For as long as he can remember Knoblauch has been taking pictures of everything on the farm where he grew up. Now he takes pictures at international fashion weeks and of Gigi Hadid too.

On perusing a career in fashion photography… It was actually my mom who suggested it out of sheer desperation. I was meant to go Stellenbosch to study law, but instead extended my UK working holiday visa and stayed in London a while longer. Eventually she said, “Don’t you just want to do something like a photography short course?”, and so the light came on.

I maxed my credit card, flew to New York, and got in at Marc Jacobs where I managed to snap a few pictures. I sent them to all the magazines I love, but no one got back to me apart from Self Service magazine. They said they had someone working for them already, but that they liked my pictures and I should keep in touch.

That was my foot in the door and the start of what is now a great collaborative relationship that has led to many exciting new opportunities.

On his favourite image… I photographed a group of boys who had just walked the Gosha Rubchinskiy show at Pitti Uomo in Florence. They were in their own clothes by then, just hanging out, high on confidence and adrenaline.

On digital versus analogue… Analogue will always hold a special place in my heart for its softer, more delicate finish and depth, but unfortunately digital’s immediacy is now a requirement on almost all jobs.

This article is adapted from one originally published in 'Sunday Times The Edit Spring/Summer Holiday '16'. Available to select print subscribers this magazine is your ultimate seasonal fashion guide. Read 'The Edit' online now.