Movie review: 'Get Out' is a pioneer of the racism/horror genre 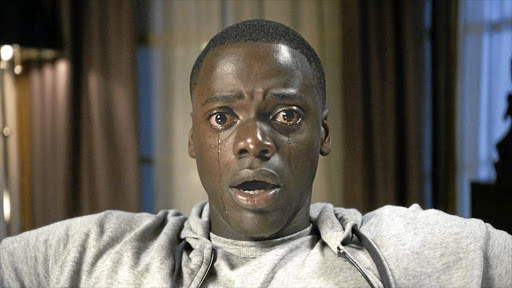 Daniel Kaluuya excels as Chris in 'Get Out'.
Image: QC ENTERTAINMENT

'Get Out' is one of the first films expressly to be set in a post-Obama era, even if writer-director Jordan Peele, having shot it about a year ago, couldn't have known exactly what ghastly frights this era would entail.

Either way, there's not a Trump voter in sight, because this is a horror-satire about covert racism.

The movie rattles with provocations, among them an opening sequence in which a young black guy (Lakeith Stanfield) walks down a street and is pounced upon by a kerb-crawler in a sports car.

Grim echoes of the Trayvon Martin case thud around, setting the tone for feature-length paranoia about being a black outsider in an all-white enclave.

He's anxious about their trip upstate, even if the initial reception from her parents, Dean (Bradley Whitford) and Missy (Catherine Keener), is all hugs and bonhomie.

The body language all seems perfectly above board. But the closer we get the more an eye-widening below-board-ness creeps in. Why is their basement locked? Why is their house like some Rhode Island equivalent of an antebellum plantation, with iced tea served on the lawn?

All those questions will be answered as the film heads towards its grisly and breathlessly suspenseful last reel, which Peele, until now a comedy specialist, handles with an impressive grasp of pacing, shock, and restraint.

Still, the explanations are less interesting than the uneasy edge in the build-up, the escalation of sly microaggressions coming at Chris from all sides.

We begin to realise that Rose - can barely interact with her boyfriend without somehow policing racism on his behalf. When a cop requests his driving licence, it's she who makes an awkwardly big issue of it.

Chris is used to this sort of thing; equally used to dealing with it. Tthe key is that Chris accepts his lot politely but unhappily as a prisoner of white attitudes.

The horror elements of the film lie in wait, just as they did in satires of a former generation - The Stepford Wives and Rosemary's Baby.

Watch the trailer for the horror film 'Get Out'

One aspect of Chris' predicament involves being forcibly detached from reality through hypnosis, disappearing through the floor into a dark netherworld which Keener's character calls "the Sunken Place".

Visually, it's reminiscent of that tarry trap in Jonathan Glazer's Under the Skin. But this borrowing works because of the film's stark political awareness - it becomes a floating, flailing image of being impotently shafted by white hegemony.

The ending could have been stronger - you can sense Peele edging in a too-full-on direction, then backing out of it. But it's still the most forceful and inventive American horror film since It Follows.

WHAT OTHER REVIEWS SAY

• More than just a standard-issue thriller, this brutal, smart movie is impeccably made, as well as surprising, shocking, and funny, while also offering a compassionate, thoughtful look at race. - Jeffrey M Anderson, Common Sense Media

• Chilling satire of liberal racism in the US. - Mark Kermode, The Guardian