It's utterly nonsensical: Vuma Levin on how SA jazz is viewed abroad 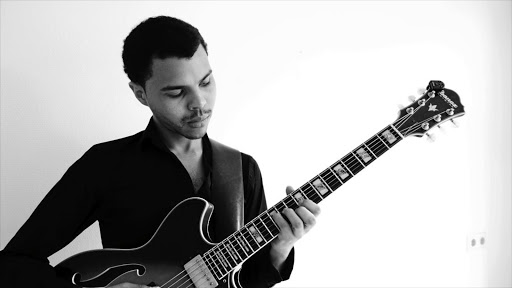 SA-born jazz guitarist Vuma Levin will perform in Durban and Johannesburg this month after spending time gigging on the European circuit.
Image: Supplied

Home may be where the heart is but sometimes personal and professional growth requires leaving the nest in search of a grand adventure.

This was the case with award-winning South African-born jazz guitarist Vuma Levin, who traded South Africa for the Netherlands nearly a decade ago in pursuit of self-enrichment.

His time spent in Amsterdam had the desired effect, helping him to grow artistically and intellectually.

Levin has returned to the land of his birth to launch his second album Life and Death on the Other Side of the Dream.

We caught up with him to find out how Europe changed him and whether jazz is keeping up with the rapidly evolving music industry:

What inspired this tour?

The tour comes on the back of multiple successes we've had with competitions and gigs in the Netherlands and Europe. Because so many of the themes on the album deal with South Africa, its music, its history, its people and its national consciousness, I thought it apt to launch the album in my home country.

Why leave South Africa in the first place?

Because it would help me to grow musically, intellectually and emotionally. I wanted to be in a place that was completely foreign. My time in Amsterdam didn't disappoint. Being in a place where I was forced to confront my status as a foreigner helped me grow emotionally.

How are the perceptions of South African jazz different at home compared to abroad, particularly in Europe?

Abroad South African jazz is practically never performed. We have a very inflated sense of our own importance globally in South Africa.

Nonetheless the main difference is that in Europe there's a false binary drawn between European and South African jazz. African musicians are seen as full of energy, spirit and emotion. European musicians are seen as intellectual and hard- working. It's a colonially inherited notion that's utterly nonsensical, and in South Africa we realise just how offensive and nonsensical this notion is.

Do you think jazz is keeping up with the changing way in which people consume music?

Absolutely. Most jazz artists are on online music distribution platforms like iTunes and Spotify, but more than that artists like the saxophone genius Ben Wendell have interfaced with the now almost hegemonic YouTube culture.

In physical sales, there's a return to retro mediums as part of a drive to regain a sense of authenticity in an increasingly consumerist and digital age. It's retrogressive and in my opinion somewhat anachronistic, but jazz musicians have once again come to the party with many artists releasing special edition versions on LP.

Finally, jazz music thrives in a live music environment. It is our natural habitat.

WATCH: Vuma Levin speaks about jazz music's place in politics and his new album Life And Death On The Other Side of The Dream

• Levin will be performing at L'Apertivo in Durban on Saturday, May 20, and at the Orbit Jazz Club in Johannesburg on Tuesday, May 23. For more information visit laperitivovenue.co.za or theorbit.co.za

• This article was originally published in the Times.