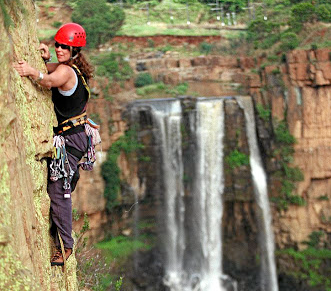 The four films show unbelievable climbing feats and audiences are exposed to a visceral out-there feeling - simply by watching them.

Nearly all the seats have been sold out for the four movies: Free Solo, The Dawn Wall, Drama on Mt Kenya and Reel Rock 13, said Robert Breyer of City Rock at the Cape Town premiere.

In Free Solo the world’s best solo climber, Alex Honnold, climbs 975 metres up the huge wall El Capitan, in Yosemite in California, without a rope.

As one climber says in the movie: "It’s like going for gold in the Olympics - but if you fail, you die."

This festival follows in the inspiring tradition of the annual Banff Mountain Film Festival, which screens epic adventures across the globe and has been an event for 13 years in South Africa.

Ster-Kinekor in Cavendish Square and Sandton is hosting the four-day climbing film festival.

The City of Cape Town is collaborating with the film industry to provide prospective clients with tools to facilitate their productions.
News
3 years ago

Viral bear video is not as cute as you think

Wildlife experts say the drone used to shoot a viral video of a baby bear and its mother struggling to climb a slope of snow could have caused ...
News
3 years ago