Thomas Falkiner reckons the Jaguar I-Pace is the most compelling and technically adept electric car he's ever driven. And it's got range, too 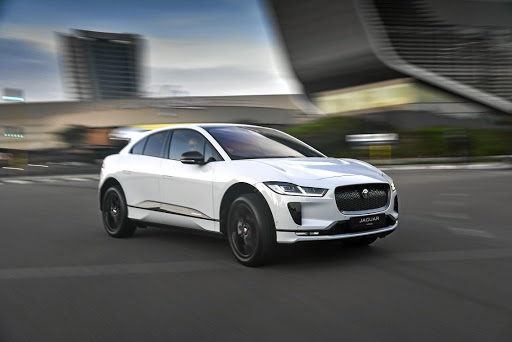 The Jaguar I-Pace is the king of electric cars.
Image: Supplied

This is that new all-electric SUV, right?

Correct. The long-awaited Jaguar I-Pace is finally here. And unlike the first Nissan Leaf or BMW i3, this electric vehicle doesn't look like some comical sci-fi caricature of itself. Instead the I-Pace blends together design elements of the Jaguar XE, F-Pace and F-Type to create a sleek SUV that looks like it could have an old internal combustion engine lurking under its bonnet. Except it doesn't.

Yeah, let's skip to the meat of this sandwich - what provides the thrust?

So strip away that sporty bodywork and you'll discover that the I-Pace is armed with no less than two "synchronous permanent magnet" electric motors - one on each axle. They work independent of each other to provide a seamless all-wheel-drive system that can adapt to driving conditions by automatically adjusting the torque flow between the front and rear of the car. Powering these two motors is a 90kWh lithium-ion battery pack comprised of 432 "pouch cells".

Jaguar went with these not only because they offer improved thermal management but also because they're easier to maintain: instead of replacing an entire battery pack you can, should any electric gremlins interfere, simply replace the faulty "pouch". Good to know if you're planning on keeping your I-Pace for a couple of years. Now all of this electric trickery combines to deliver serious performance: 294kW and almost 700Nm let the I-Pace hit 100km/h faster than a Porsche Cayenne S, Audi TT 2.0TFSI and BMW X4 xDrive 35i. Nice.

On-paper figures are one thing, real-world performance is another - what is it like out on our mean streets?

Seriously impressive. While the electric cars I've driven have all been brisk performers, the Jaguar I-Pace takes things to a new level - like moving from a Nissan 370Z to a GT-R. Around town this Jaguar is as quiet and as docile as a milk float but stomp on that throttle pedal and the way it shoots towards the horizon is simply outrageous. It's addictively immediate too. In a high-performance car fitted with a conventional internal combustion engine of similar strength you'd expect a certain degree of mechanical inertia before full acceleration commences.Turbos must spool and transmissions must "think".

Here none of that happens as the I-Pace has only a single gear ratio and its full complement of power and torque is available all the time - there are no annoying dips or peaks in an electric motor's delivery. As such you're literally pinned back in your seat and thrown down the asphalt with a velocity that would embarrass many a sports car. So take note, Golf GTI drivers, if you see an I-Pace in the traffic don't mess with it. You will lose. Every time.

Interesting. How does it handle though? Surely not well considering how heavy it must be?

There's no denying that the I-Pace is a burly piece of equipment. Mainly because battery packs aren't exactly on the greatest of terms with ol' gravity. Add in a plethora of luxury equipment and you end up with an SUV that tips the scales at 2.2-tonnes. Surprisingly though, this Jaguar manages to hide its heft well because the batteries are mounted low in the chassis and between the two axles.

On the local media launch we got to fling it around a tight gymkhana course and it changed direction with a keenness many lighter SUVs/soft-roaders would struggle to muster. On everyday roads it feels equally nimble and is a joy to hustle through the recently smoothed-over curves of the R511 that runs from Fourways to Hartbeespoort Dam. The ride is similarly accomplished. Perhaps it was the optional air suspension that made it so but my I-Pace soaked up the lumps and bumps of the test route with aplomb. It was only through aggressive dips and over crests that you could feel the dampers starting to get flustered by the weight.

What about "Range Anxiety?" Were you scared of running out of charge like in the Nissan Leaf?

Certainly not. That 90kWh lithium-ion battery (the Leaf made do with 24kWh) gives the I-Pace a claimed range of 470km. Hell, I can't even squeeze 400km from my petrol-powered Daihatsu Materia Turbo. Anyway, when we left to go on our test drive my I-Pace had 390km worth of charge. At the end of the route (roughly 170km) the onboard computer said we could travel another 140km before the battery went completely flat. This was mainly due to the fact that driving it fast and accelerating hard was so much fun that I didn't spare the horses when the conditions allowed. Driven with more consideration I could have achieved arguably better energy consumption.

So how long does it take to charge?

It depends how you go about it. Plug it into a regular wall socket and it will go from zero to 100% in 24 hours. Spend R25,000 on the optional 7.4kW AC home charger unit (you'd be stupid not to) and you'll cut this to 12 hours. Jaguar believes most I-Pace owners won't need to charge their cars outside their homes. Those who do will be able to use the Jaguar Powerway: an ever-growing national network of pay-for-use 60kW rapid chargers that will take you from empty to 80% in 72 minutes. If you're time-strapped then adding an extra 100km of range will take 20 minutes.

Yeah, the optional panoramic sunroof has, bizarrely, no shade blind to keep you safe from the sun's devilish rays. I found the switchgear finicky - especially so far as the climate control was concerned. The infotainment system is also not quite as intuitive as that of rival brands. Finally, there's the price. Starting at R1.6m, the Jaguar I-Pace is not cheap. But it is the most compelling and technically adept electric car I've ever driven. And one that could be used as primary vehicle if you're bold enough to take the leap.

Don't let its gloomy exterior fool you, the Kia Sorento is an excellent buy

Dual airbags, ABS brakes and an improved interior come at a price as the Datsun Go is no longer the the bargain-basement buy it used to be
Motoring
2 years ago

The fuel frugal Suzuki Baleno is the ideal urban commuter

Brenwin Naidu shares his lasting impressions of the Suzuki Baleno, the long-term test car he's driven for the past five months
Lifestyle
2 years ago
Next Article