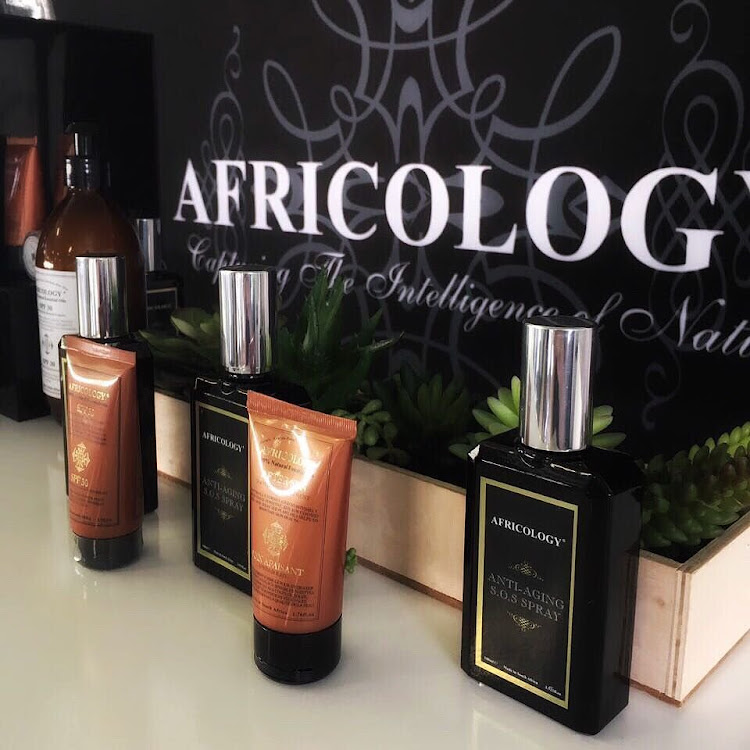 The Advertising Standards Authority ordered Africology to withdraw their advertising because it did not provide proof of its claims that its products were not tested on animals.
Image: Africology via Twitter

A cosmetics and spa company that claims its products are not tested on animals has been ordered to stop doing so.

Africology‚ launched in her Johannesburg kitchen in 2000 by Renchia Droganis‚ was the subject of a complaint to the advertising watchdog by Beauty Without Cruelty South Africa.

The Advertising Standards Authority ordered the company‚ which operates seven high-end spas around the country‚ to withdraw the advertising because it did not provide proof of its claims.

The activist group’s chairman‚ Toni Brockhoven‚ complained to the ASA about notices on Africology’s windows at the V&A Waterfront in Cape Town.

Ironically‚ the ads took issue with Beauty Without Cruelty’s endorsement of rival products and spas.

Alongside the organisation’s rabbit logo‚ Africology said: “We don’t use this logo to validate our anti-animal testing policy. This logo is commonly placed on products that contain ingredients that were tested on animals. #NoToAnimalTesting.”

In her complaint‚ Brockhoven said: “This is blatant false advertising. Africology‚ despite their claims‚ is in fact using ingredients which have animal tested at some point‚ which we can prove.”

She said the company’s products contained lavender‚ titanium dioxide‚ beeswax and xantham gum‚ “all of which were only approved for use once animal testing had been conducted to prove safety for human consumption”.

Africology told the ASA directorate that its competitors were benefiting unfairly by using the Beauty Without Cruelty logo‚ which deceived customers.

On its website‚ the company says: “Africology strongly disagrees with the practice of animal testing‚ so much so that all of our dermatological testing is performed upon human test subjects with prior consent.”

But the authority said the onus was on Africology to prove that ingredients in its products had not been tested on animals‚ and it had failed to do so. “(It) ought to have an independent expert verify that its advertising claims are valid and supported by evidence. It has not‚ however‚ done so‚” said the finding.