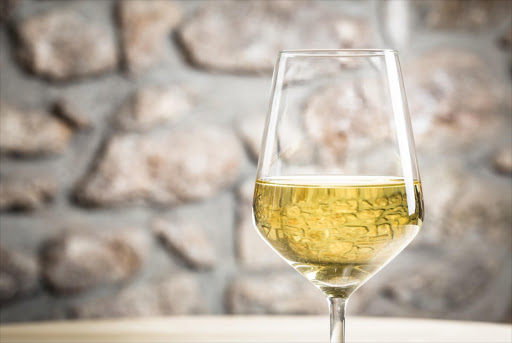 When you taste a wine made by a female winemaker (Rianie Strydom) as good as this one, you wonder why XY chromosomes dominate the South African cellar. For this is a quintessential feminine expression of the great grape of Burgundy. Elegant, ethereal and etiolated - and that's just the letter "e".

It has low alcohol (13%) and a light touch that pervades the senses "like the music heard faintly at the edge of sound" as detective noir novelist Raymond Chandler described his wife of 30 years after her passing. Anything further from a blacksmith's anvil of sulphur, fire and brimstone would be hard to imagine.

I tasted it at the excellent La Mouette restaurant in Sea Point at the launch of the Hades Syrah 2014. In this age of global warming, I'm not convinced that images of hell and a smithy are the best motifs to embrace. But then I only drink the stuff.

But what an excellent accompaniment it was to rare steak and even rarer lamb. The Chardonnay, on the other hand, was totally vegetarian - almost vegan as it was lightly fined, a process used to stabilise wine proteins which usually involves egg whites. Paired with a pasta pillow filled with artichoke (with any fire doused by a creamy sauce featuring Fontina cheese), it was a better match than Meghan Markle and Prince Harry.

While the wine mafia sat at an adjacent table like the witches of Macbeth around a cauldron discussing Hades and newts' tongues, I watched my Anvil transform in the glass into the stone in which King Arthur's Excalibur was mounted. You can taste the flinty minerality.

"Mystic, wonderful" as Tennyson described the Lady of the Lake in Idylls of the King.