Why SA should catch on to eating fish on the bone 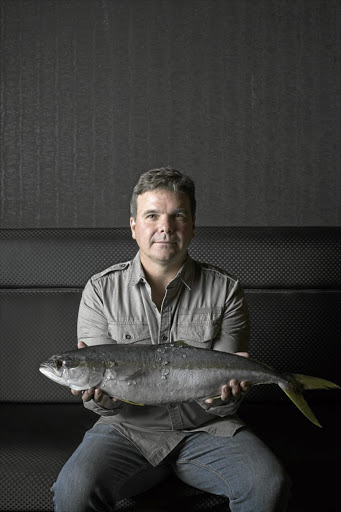 Having owned seafood restaurants in the UK, America and South Africa, Brett Whitehouse really knows his fish. He reveals which city gets the country's best catch and how to tell if the fish you're buying is fresh

South Africans are generally nervous about cooking fish yet it is so simple. Never overcook fish, rather undercook than overcook it - and it cooks very quickly.

South Africans also have a real phobia about fish bones and prefer eating fish fillets. In Europe fish is usually served on the bone because that's where the flavour is.

Local palates are conservative when it comes to selecting fish. The most popular species are hake, kingklip, kabeljou, salmon, tuna and sole. This creates a problem for the species because of the demand for the fish.

I don't believe fish should be coated in rich, creamy sauces as this detracts from the delicate flavour of the protein. I like to use simple seasonings like lemon juice and salt and serve fish with freshly made salsas.

Johannesburg gets the best quality of fish in the country (after that which is exported), because the market is prepared to pay the price. Although there's nothing to beat eating fish overlooking the ocean.

Stocks of fish have been very low in the last two years. Not many realise how negatively a drought affects the ocean as fish spawn in the rivers and the flow of the river flushes the babies into the ocean.

SASSI [the Southern African Sustainable Seafood Initiative] is very positive for the industry but can be unclear for the consumer. When it comes to the sustainablilty of a species there are many aspects to consider. Take kingklip as an example. It is listed orange (under threat) on the SASSI list but kingklip is a by-catch of hake.

When buying fish, check for freshness using these tips:

• Fish on the bone keeps fresher for longer than fillets of fish.

•  If the gills are pink and the eyes bright, not sunken or glazed over, the fish is fresh.

• Try the finger test. Press the fish gently. If it leaves an indentation it's not fresh or has been frozen and defrosted.

• When buying fillets, look out for beautiful, shiny fillets with flesh that is tight-knitted and fine. Fresh fish should have a natural protective slimy/oily film over the fish.

• Your nose is the most important aid when it comes to buying fish. Fresh fish will never smell.