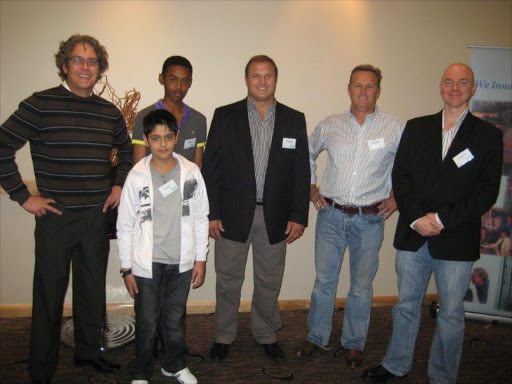 Lymphoma survivors - including a comedian and a former Springbok player - shared their tales of survival and hope at the South African Lymphoma Media Awareness Breakfast in Johannesburg, in a bid to push forward the 'I am the Voice of Lymphoma' campaign.

Held at the Protea Wanderers Hotel on Wednesday, the event saw 1995 Rugby World Cup-winning hooker Chris Rossouw share the story about his struggle against the disease and how his fellow Springboks helped him through it.

Another survivor of lymphoma, stand up comedian Kevin Perkins (known for his Michael Naiker character), also told of the effect that lymphoma had on his life nearly 20 years ago.

And while campaign champion Dr Devan Moodley provided important information on the disease and how it is treated and managed, it was 15-year-old Kagiso Nkuna's personal story that was hard-hitting.

The pupil said: "I remember it just like yesterday when the doctor broke the news to us. In my heart I yelled out to the Lord, asking why me? I was achieving good grades at school, had just been elected as Deputy Head Boy. Something I had always dreamt about, then it all came crashing down, all my hopes were dashed and my dreams had to wait."

The 'I am the Voice of Lymphoma' campaign will profile disease survivors while promoting a more widespread understanding of the cancer.

Dr Cindy Aitton, head of medical affairs for Roche Products, one of the campaign's supporters, said: “The cancer burden in South Africa is high. Through empowering lymphoma survivors to speak out publicly about the disease, we believe we are doing our bit to work towards alleviating the cancer burden. It is our hope that in time, we will add to the inspirational and hopeful stories of many more lymphoma survivors."

An estimated one million people suffer from lymphoma worldwide, but the understanding of the illness remains poor, says Dr Aitton.

Dr Aitton continues: "Even those affected often have a poor understanding of their disease. If the public are not educated, they cannot take the necessary steps to get help early. It is hoped that through this initiative, more people will be vigilant in seeking medical advice a lot sooner."