Sperm donation websites are the Ubers and Airbnbs of the fertility world. But why are they so popular? Researcher Nicole Bergen explains the reasons why some men donate 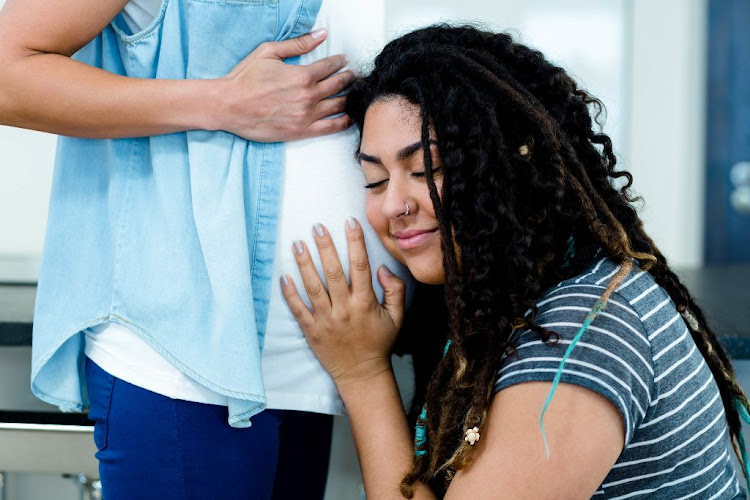 While media portrayals of online sperm donation often portray 'rogue breeders' or 'super sperm', research reveals that the real men who do this are motivated to help others.
Image: 123RF/Wavebreakmediamicro

George (not his real name) is 24 and single. In the past four years, he has helped three couples get pregnant. The first couple had two sons. The second couple had a girl. And the third couple just found out they are expecting. A participant in my research, he said: “I’m making a huge impact on these people’s lives. Why not keep helping them out?”

Like George, an increasing number of men are going online to make arrangements to donate sperm through Facebook or connection websites. Online sperm donation gives donors ultimate freedom in selecting who they will help, engaging with the recipients and negotiating the terms and conditions of the donation.

Just as Uber transformed the taxi business and Airbnb shook up the hotel world, online sperm donation is the sperm bank, reinvented. Yet, as more people turn to the accessibility and convenience of online sperm donation, surprisingly little is known about the men who donate.

To address this need, I developed a research project with fellow PhD candidate Celine Delacroix as part of our doctoral programme at the University of Ottawa. The results are published in the journal Critical Public Health.

A WAY TO HELP OTHERS

We gathered the stories of six men who participate in online sperm donation. In a Skype interview lasting 45 to 75 minutes, we discussed their expectations, motivations and experiences as donors.

The men, aged 24 to 67, were from Australia, Canada, England, France, the Netherlands and the United States. The details of their experiences of donating sperm were unique and personal. However, certain common themes emerged.

Overwhelmingly, the men in our study viewed sperm donation as a way to help others.

Under South African law, donor-conceived children do not have the right to be informed of their donor conception
News
3 years ago

George is on a break from college and works a job at a warehouse. He hopes to eventually transition to another line of work that involves helping people. But for now, he’s making an impact during his off hours, meeting potential parents online and helping them conceive.

The online forum gave sperm donors a sense of control over the process. This enabled the donor to make the experience personal and meaningful.

Simon Watson, a donor from England, said: “When you help people privately it makes you feel like a person. You talk to someone on the phone and then you meet up.”

Alex (not his real name) first began donating sperm about five years ago to help lesbian couples in Europe who were barred from accessing sperm banks.

Procreation was a meaningful part of why men chose to donate sperm.

The men in our study each had at least two donor children. Simon Watson, who viewed donating sperm as a job, estimated that he had 500 to 1,000 donor children.

Donors like George saw sperm donation as a sort of plan B: It satisfied his urge to reproduce without the responsibilities of being a parent.

The men spoke about their involvement in decisions surrounding insemination.

Insemination occurs either naturally (through sexual intercourse) or artificially (using some variation of a cup and syringe). The men acknowledged that donors who advertise a preference for natural insemination were often viewed as predatory. For this reason, they all preferred the artificial method.

Men had complex and sometimes unresolved feelings about their attachment to their donor children. Alex said: “Even though I don’t consider myself their father I do consider that there’s a little part of me, and a little part of my family out there.”

Men accepted some risks in choosing to participate in online sperm donation. They had personal costs and inconveniences, for example, when meeting with the recipients. Men spoke about risking disapproval from others, including their family.

Traditional sperm banks have strict requirements and protocols for donors, but online sperm donation is difficult to regulate and track, especially when donations occur across international borders.

Unclear or conflicting legal environments may provide online sperm donors with a layer of protection. The men in our study said they were not concerned about the legal implications of donating sperm informally.

As societies bid farewell to the traditional sperm bank and increasingly turn online to find “the one,” we are confronted with important questions about the future of assisted reproduction and how to best protect the interests of everyone involved.

Moving forward, let’s be sure the answers to these questions reflect the many stories and experiences of online sperm donation.

• The author, Nicole Bergen, is a PhD Candidate at the University of Ottawa.

• This article is republished from The Conversation under a Creative Commons license. Read the original article.