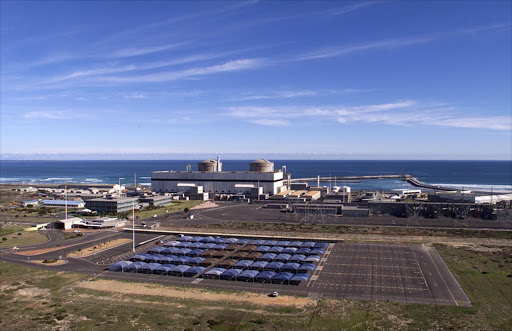 Eskom says it will make the site of Koeberg nuclear power station safe for future use
Image: Ruvan Boshoff

The mountain of spent fuel, some 1, 419 tons of dangerous high-level waste, will continue to grow until the plant reaches the end of its extended life in 2044.

Eskom will then have to grapple with one of the country's most complex and expensive cleanup operations - decommissioning the continent's first nuclear power station.

Europe is reeling from a nuclear cleanup bill of à253-billion (about R4.3-trillion) - an estimate by operators of what it will cost to decommission their plants and manage waste until 2050.

Eskom, which is bound by legislation to set aside funds every year towards the cost of decommissioning its own plant, is putting aside billions.

Group executive for generation Matshela Koko said R10.9-billion had been set aside since the plant began feeding electricity into the national grid in 1984.

"The cost associated with the decommissioning of Koeberg is solely the responsibility of Eskom ... The responsibility for the final storage and management of radioactive waste lies with the government," he said.

"The last fuel assemblies can only be transferred to casks and removed from site five to 10 years after the reactors have been shut down. Dismantling of the complete nuclear facility will only occur after that."

Mike Kantey, chairman of lobby group the Coalition Against Nuclear Energy, said even the building that housed the plant would have to be disposed of as if it were nuclear waste.

Decommissioning options include shutting down the plant and filling the containment buildings with concrete to prevent radiation leaking out; shutting down, sealing and guarding the plant for as long as the reactors are radioactive; or dismantling the radioactive cores and buildings and taking them off site, along with the spent fuel - a costly exercise known as the "greenfield option".

Koko said the intention was, eventually, to return the power station site near the coastal town of Melkbosstrand to "greenfield status", making it safe for future rehabilitation and use.

That scenario is likely to be welcomed by the City of Cape Town, which is opposed to long-term storage of nuclear waste on the site.

"We would prefer for the Koeberg power station to be closed at the end of its life and replaced by generation capacity elsewhere," said deputy mayor Ian Neilson.

Should the government proceed with procuring new nuclear power stations, two reactors could be built at Duynefontein, next to Koeberg, which would severely restrict future plans by the city to develop housing along the West Coast, he said.

Gino Moonsamy, spokesman for the National Nuclear Regulator, said: "Plant decommissioning in the nuclear industry is a complex endeavour ... a lengthy process whose preparation starts well before any physical decommissioning activity."

Among the regulator's requirements was the submission of a decommissioning plan for approval before Eskom embarked on the various phases of decommissioning.

Energy analyst Chris Yelland said international oversight of nuclear energy ensured that decommissioning funds were set aside during the life of plants.

"I don't know if enough is being put aside, but precautions are taken to ensure it does not become the taxpayers' burden."