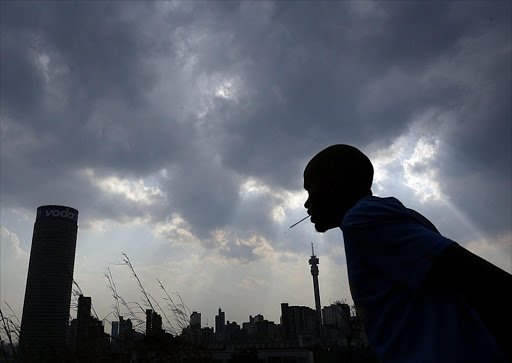 Joburgers are South Africa's most fearful citizens, even though people are more likely to be murdered in Cape Town or sexually assaulted in Mangaung.

Johannesburg's reputation as "the gangster paradise" may well be overstated. Ten years of crime statistics and research from Statistics SA show a disconnect between reality and perception.

While the Johannesburg metro is not totally safe, there are certain crimes that you are far more likely to fall victim to if you live in one of South Africa's eight other metros.

The State of Urban Safety in South Africa 2016 report - compiled by SA Cities Network and University of Cape Town's centre for criminology - shows of the nine metros measured:

• Mangaung has the highest rate of sexual assault;

• Tshwane has the highest rate for assaults with intent to do grievous bodily harm;

• Johannesburg has the highest rate for house robberies, hijackings and vehicle theft; and

• Nelson Mandela Bay has the highest rate of non-residential robbery.

However, if South Africa had a fear index, Johannesburg residents would rank higher than their coastal counterparts.

Joburgers are especially scared of allowing their children to play in the street, walk to school, relax in open spaces or use public transport.

Close behind Johannesburg's fearful citizens are those of Nelson Mandela Bay and Buffalo City. . They are the most fearful of venturing into open spaces.

While also fearful of open space, Cape Town citizens are not particularly concerned about being attacked on public transport, walking to the shops or work or allowing children to walk to school or play in the street.

The report, the first in a series of annual reports compiled by the SA Cities Network, will be released today in Durban at the Africa Forum for Urban Safety.

It looks at the rate of crime in each metro - measuring the annual number of incidents of each particular crime per 100,000 people in an area, allowing places of different sizes to be compared more accurately.

The document reads: "The level of crime experienced by inhabitants of a space does not necessarily determine how they will perceive and feel about crime."

Geci Karuri-Sebina, the network's executive manager, said crime had a huge effect on urban development, with significant cost to the economy.

"In political terms in South Africa there has been an aversion to engaging on urban crime and safety, especially in terms of perception. It's often seen as a white middle-class problem, whereas crime affects poor black families far more."

She said the analysis was aimed at gaining a better understanding of how to use intelligence to deal with crime through effective urban safety strategies.

"It's not just about policing. It's about dealing with crime through proper urban planning, especially in housing and public transport."

Simon Howell, a senior researcher at UCT's centre for criminology, said: "It's clear that in more well-off neighbourhoods the fear of crime doesn't reflect the prevalence of crime as compared to impoverished communities whose fears are lower compared to the likelihood of experiencing crime," said Howell.

"The report is an attempt to understand what is going on. If we don't know what types of crimes are being committed, by whom, where and what is effective in terms of policing, you cannot structure your policing processes to address crime strategically."

He said good detection rates came down to policing leadership.

Unisa criminologist Rudolph Zinn said such a report helped in providing an overview of crime patterns and trends.

"It helps in determining what kind of police are needed and how and where to deploy them."