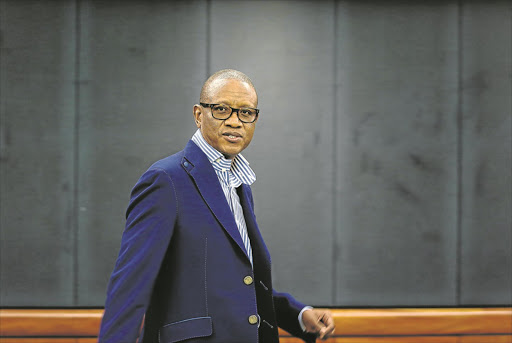 ABSA closed seven accounts belonging to businessman Fana Hlongwane and his companies because he was accused of receiving "suspicious" payments that ran into millions of rands.

Hlongwane was a consultant in the government's controversial arms deal and he was allegedly paid more than R200-million in commission at the time.

Hlongwane was a special adviser to the then defence minister Joe Modise when the R46-billion arms deal was signed in December 1999.

Absa closed Hlongwane's accounts, which had multimillion-rand balances, in August 2013 after he was classified as a "politically exposed person" and a "high-risk client".

This followed a Sunday Times report in 2010, which said documents in the newspaper's possession showed the businessman had been indirectly paid more than R200-million by British defence company BAE and its agents. It is suspected the cash was used to bribe officials.

Marthinus Janse van Rensburg, Absa's general counsel for Africa shared services, said if the allegations were true, the bank suspected some of Hlongwane's accounts might have violated its anti-money-laundering policies.

He said the level of risk was not one the bank "was willing to carry given the fees generated on those accounts".

Janse van Rensburg also disclosed in court papers that the Seriti Commission - appointed by President Jacob Zuma to investigate allegations of fraud and corruption in the arms deal - had requested information from Absa about one or more of Hlongwane's accounts.

Hlongwane felt the bank was unfair and had breached his constitutional rights. He tried to force the bank, under the Promotion of Access to Information Act, to disclose what information it had taken into consideration when it closed his accounts.

Judge Nomonde Mngqibisa-Thusi of the High Court in Pretoria said on Thursday the bank had acted in good faith and Hlongwane could not force it to supply him with all the documents it used to make its decision.

Hlongwane had also instituted a complaint with the Ombudsman for Banking Services to force Absa to reverse its decision, but the bank was cleared of any wrongdoing.

Hlongwane made headlines recently when Deputy Finance Minister Mcebisi Jonas said the businessman was present when Ajay Gupta offered him, Jonas, the post of finance minister - then held by Nhlanhla Nene - in October last year.

Jonas claims he was offered the job more than a month before Zuma fired Nene.

Hlongwane, who was interviewed by former public protector Thuli Madonsela, confirmed the meeting, at which Duduzane Zuma was also present, but denied that the Guptas offered Jonas a cabinet post.

Hlongwane this week refused to comment on the high court ruling.