Joost fights on in Joburg hospital 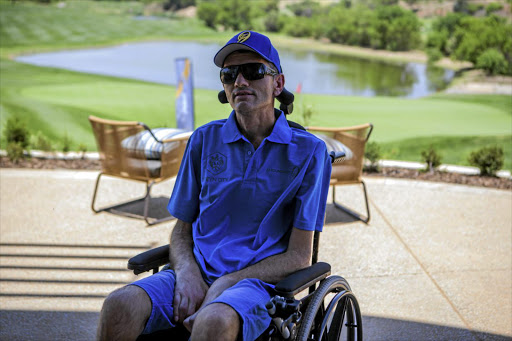 Invoking the spirit in which he played the game, rugby legend Joost van der Westhuizen was fighting in a Johannesburg hospital last night.

The 45-year-old former Springbok captain was in a "critical condition", according to his J9 Foundation.

Van der Westhuizen was taken to the hospital yesterday, following a week in which his death had been erroneously reported.

Late last night, Pieter van der Westhuizen, his brother, said: "Joost remains in a critical condition in hospital. He went through an extremely critical phase earlier on today, however, they have managed to stabilise him.

"He continues to fight in true Joost style. The family appreciates the support and prayers from everyone around the world and ask that everyone continues to keep him in their prayers. We ask that the media respect the privacy of the family so that they can remain his pillars of strength at this critical time.

"Also we ask that people please stop fabricating stories and sending out false reports around his condition, we will continue to update as and when there are changes."

He was diagnosed with a form of motor neuron disease in 2011.

Van der Westhuizen is a fighter - whether in green and gold or the blue of his beloved Bulls, he was a redoubtable scrumhalf who played the game at full throttle irrespective of the scoreboard.

The former Springbok was neither bestowed a rich grounding nor indeed vast talent, but his will to succeed made him one of the best players of his generation.

Often, when the cause seemed lost, his sheer force of will helped steer his teammates to heights they didn't believe possible.

His try against England in the World Cup quarterfinal in Paris in 1999, when he was denied space and time, was the work of a man on a single-minded mission.

While his spirit remained strong, physically the debilitating disease has largely confined Van der Westhuizen to a wheelchair over the last few years.

But it didn't curtail his travel.

He went to Argentina in 2012 for the Springboks' inaugural visit there in the Rugby Championships. The rugby fraternity welcomed him with arms open and damp eyes.

His J9 Foundation urged his fans and the media only to follow its page yesterday for updates, saying there were a lot of rumours but that it would keep posting the correct details.

The foundation earlier requested that family of the former scrumhalf be respected during this difficult time. "The family and friends of Joost ask that you all pray for Joost. He was taken to hospital earlier today and is in a critical condition," the foundation said.

"Please keep Joost in your prayers," it added.

"Ek vra namens die hele familie asb, om Joost in julgebede te houvandag. Ons almal is by mekaar vandag. Joost ons is lief vir jou!" ("I'm asking on behalf of the entire family to keep Joost in your prayers. We are all together today") - Vittone wrote alongside a picture of herself with Van der Westhuizen and their two children.

Recent pictures shared by his estranged wife show he has been deteriorating. Two weeks ago, it was revealed that he was on an oxygen machine.

He confirmed to a reporter that he had been on an oxygen machine for about two months but did not want the news to be public because he did not want to "spook" his daughter.