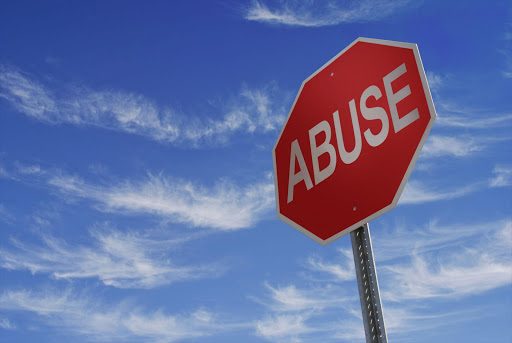 More than 20 pupils at Parktown Boys' High have accused their water polo coach of sexual assault in one of the biggest scandals to hit a local school.

The Grade 10 pupil's mother was informed immediately and the assistant boarding master was arrested that night.

The Johannesburg school is one of the oldest and most respected government schools in South Africa, and is consistently among the top performers.

The 22-year-old suspect, a former pupil and a popular staff member at the school, will appear in the Johannesburg Magistrate's Court on Wednesday. He faces charges of sexual grooming of children, sexual assault and assault.

The water polo coach initially faced nine charges, but Hillbrow police spokesman Sergeant Mduduzi Zondo confirmed this week that more than 20 pupils, aged between 15 and 16, were complainants in the case.

The Sunday Times understands that more charges could be added.

The damning closed-circuit footage shows a group of pupils lounging in the common room of a school hostel. Most leave but two remain and it is then that the coach, also an assistant boarding master, allegedly inappropriately touches one of the boys.

An executive member of the Gauteng Schools' Water Polo Association confirmed that in early November last year the school had recommended to it that the association fire him as a coach because he had been involved in an "incident" with a pupil.

The coach was initially selected by Gauteng Schools' Water Polo Association to be an assistant coach of the Under-19 girls' water polo team for the interprovincial tournament in Durban in December last year, but was booted out.

The chairman of the school's governing body, Nicholas Greyling, confirmed that the video footage showed the touching went on for about 25 minutes.

Greyling said the school's boarding master came across the scenes on November 3 when he was looking at security footage after being told that bags had been stolen from the hostel.

Greyling described the disturbing footage: "What I saw was fondling and inappropriate behaviour and touching. It was the inappropriate touching of genitalia. He [the pupil] didn't look very comfortable with it, to be honest. Why he didn't get up and leave the room when this was happening to him I wouldn't know."

The boy's mother was called to the school on the night the footage was discovered.

"She was devastated. He [the pupil] was unsettled. He didn't realise that it had been seen and that it was going to be brought out into the open. He was very quiet."

The school also called police officers to the school that night. They viewed the footage before arresting the coach.

block_quotes_start It is definitely wrong in my opinion; it's very wrong. My message to him is to own up for what you've done block_quotes_end

"Immediately after the footage was seen, it was brought to the attention of the governing body.

"We called in parents of all learners who we believed might be affected," said Greyling.

He said that a psychologist had provided counselling to eight or nine parents of pupils who were alleged victims.

Greyling said the school did not suspect that staff could have been involved in any cover-up, adding: "I can't see a teacher knowing of something like this and not reporting it."

The coach was arrested in November last year and a month later granted bail of R3,000.

The case, which will be transferred to the High Court in Johannesburg, is being handled by senior state advocate Arveena Persad.

The accused, who was one of the school's star water polo players when he was a pupil there, resigned after the school banned him from the premises.

Another former top water polo player at the school, who matriculated in 2015, said the accused had been "one of the biggest role models" in his life.

"He had a fight in him as a goalkeeper and if one goal goes in, he wanted to make sure the next one didn't. He always worked hard to be the best at what he does and I really looked up to him.

"We trained together. He was a good guy and a very hard worker. If you ask him to do something, he will do it with no questions asked."

News of the arrest had come as "a huge shock".

"It is definitely wrong in my opinion; it's very wrong. My message to him is to own up for what you've done. Now it's time to deal with the consequences of your actions."

In a bid to encourage more victims to come forward, the school's former principal, Derek Bradley, wrote a piece titled "Breaking the code of silence", in the school's newsletter.

In it he urged boys to understand the difference between tattling or "snitching" - to get someone in trouble - and disclosing disturbing information "to save lives, prevent harm or right a wrong".

He wrote: "Parktown Boys' must be a school where our boys feel safe and feel that they can approach both their peers and the staff should they in any way feel threatened by the action of others.

"I would encourage our young men to speak up when they witness any form of wrongdoing and to confide in those people who they trust should they observe destructive behaviour by others."

In a bid to understand why the hostel boys kept the coach's alleged sexual assaults a secret from school authorities, the school enlisted the services of the convener of the Johannesburg Child Advocacy Forum, Luke Lamprecht.

He will be interviewing 15 current and former teachers and old boys individually next week to find out, among other things, how it reached the point where the secret was maintained.

Although he hasn't made any findings yet on the reasons why the hostel boys had maintained silence over the alleged sex crimes, the general sentiment expressed by them was: "We are a community, we are a group, we stand together," Lamprecht said.

"Each individual boy would have had a different reason [for maintaining silence], but the overall thing is: 'We don't talk out of our ranks'.

"It's this culture of 'big boys don't cry' that is prevalent in boys' schools.

"You would expect that if somebody did something, someone would tell immediately," Lamprecht said.

He will be designing a child protection policy in conjunction with the school and the Gauteng education department.

block_quotes_start Each individual boy would have had a different reason [for maintaining silence], but the overall thing is: 'We don't talk out of our ranks' block_quotes_end

"He has a zero-tolerance approach towards issues of sexual misconduct. He is very emphatic that those found guilty should be dealt with harshly because they not only violate the educators' ethics code but also destroy these children's futures."

Bodibe said allegations of sexual misconduct were "shocking and unacceptable" because teachers have a duty of care towards children.

He said those found guilty of sexual misconduct faced being struck off the roll by the South African Council for Educators (Sace).

In another incident, a 28-year-old female teacher from Laerskool Oranje-Noord in Upington in the Northern Cape was suspended by the provincial education department in March after allegedly sexually assaulting a female pupil.

Between April 2013 and March last year, 267 cases of sexual misconduct involving teachers were reported to the Sace.

The council is planning to name and shame teachers in the Government Gazette if they are found guilty of sexually assaulting pupils or having relationships with them.