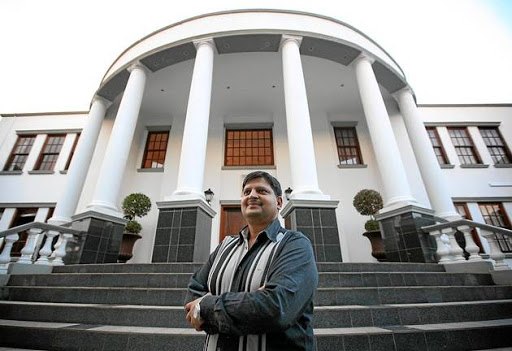 Denel board member and advisor to minister Malusi Gigaba‚ Thamsanqa Msomi‚ has emerged as the fixer for Gupta family associates in the department of home affairs‚ documents show.

A leaked email trail revealed how the Guptas‘ ‘man on the inside’‚ Msomi‚ received emails from Gupta family associates asking for assistance for visas for “clients”‚ confirming long-standing speculation over his alleged links to the family.

Msomi was Gigaba’s chief of staff while he was public enterprises minister‚ later becoming his legal advisor while Gigaba was home affairs minister and was then appointed to the board of Denel in 2015.

Msomi does not deny the picture painted in the emails but says his actions were not out of the ordinary. The Times has further established in interviews on Tuesday that when Msomi was in Home Affairs he instructed junior officials in the department to assist Gupta-owned Sahara CEO Ashu Chawla to do the Guptas’ bidding.

The leaked email trail showed how a director in the department was made to liaise with embassy officials on Chawla’s behalf as well as keep him informed of private happenings in the department.

Chawla received assistance on anything from getting visas fast tracked irregularly‚ to having the minister allegedly replace an official standing in their way in a consulate office in Mumbai. A junior official whose identity is known by the Times‚ revealed that the assistance he provided Gupta associates was on instruction that “came from the top”.

When pressed‚ he alleged he helped the Gupta family and associates at the behest of Msomi. The emails paint a picture of how the rules of the department were repeatedly flouted for the Gupta family and their business interests and when an official in the Mumbai consulate tried to implement the rules‚ there was an attempt to have him replaced.

This move caused controversy in the department’s human resources office but was said to have been “approved by the minister”. Gigaba’s spokesperson‚ Mayihlome Tshwete‚ on Tuesday denied that the minister had anything to do with it but did not respond in detail at the time of publication as promised.

Msomi meanwhile said his contact with Chawla was not out of the ordinary and he only dealt with matters that were of an urgent nature.

“I don’t know what is meant by regular‚” Msomi said in response to questions asking how often he had been in contact with Chawla.

“But yes if he [Chawla] had issues that were Home Affairs related he would call at times or email. In respect of others he would communicate with the department directly‚” Msomi said‚ saying he received requests for assistance from other people all the time‚ even now that he had left Home Affairs.

But emails show he was forwarded an email that was originally sent to Tony Gupta from a Durban attorney asking for assistance with a client’s visa.

The same email was then forwarded to Msomi by Chawla‚ on the same day‚ 16 January 2016.

“Evening my brother. Your email was received please ask the attorney to provide more details on the matter‚” he wrote.

He said once an issue had been referred to the Ministry‚ the “attitude is that it should be resolved because it is the last resort for our clients”.

“So yes the [my] willingness to assist originate from this attitude not because of familiarity. Actually familiarity is not a prerequisite‚” Msomi said on Tuesday.

“I won't really remember the number of occasions or times he called asking for help because people would at times call more than 20 times about the same matter. I was not communicating or exchanging emails with him because of his association with the Gupta family but because he was requesting to be assisted with Home Affairs services.

“As explained‚ I wouldn't know what is meant by regular contact. What is regular to you may not necessarily be regular to me‚” Msomi concluded.