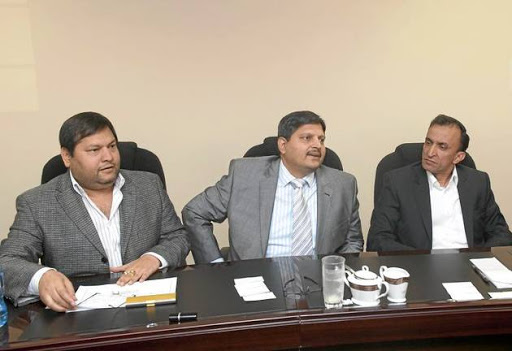 The Gupta family tried to do several business deals with President Jacob Zuma's most trusted and powerful advisor, Lakela Kaunda.

Yesterday Kaunda told the Sunday Times that she had several meetings with Tony Gupta at their Saxonwold residence, but she was "not engaged in any business relationship with the Gupta family".

She admitted to having once been a director of a Gupta-linked company, Wavestone Computers, where she earned R20,000 a month "for a short period". She said this was in 2008, while she was an ANC employee at Luthuli House, and not when she worked at the Union Buildings. She said she resigned from Wavestone in late 2008, and joined the government when Zuma became South Africa's president in May 2009.

The Sunday Times approached Kaunda this week when e-mails emerged revealing that she had at least four meetings with Gupta between November 2012 and January 2013. She admitted to the meetings, saying the family had wanted to enter a business partnership with her.

"I am not captured," Kaunda said.

The e-mails, which are among more than 200,000 pieces of leaked Gupta correspondence, show that Oakbay Investments transferred more than R11-million to Wavestone between March 2012 and January 2014. Kaunda said she was not aware of these transactions as she had resigned as a director by then.

"There are allegations that the company may have been used for illegal deeds. I am not aware of any such activities and I distance myself from them," she said.

According to the e-mails, after Oakbay transferred millions to Wavestone, the company was instructed by Sahara CEO Ashu Chawla to transfer some of the money to the Bank of Baroda, the only bank in South Africa at which the Guptas still have active accounts. Just over R3-million was transferred to Sahara and then pushed out to other companies to pay day-to-day expenses.

Kaunda has been Zuma's closest confidante since he was appointed as economic affairs MEC in KwaZulu-Natal in 1994. She worked for Zuma in the Presidency while he was the country's deputy president before 2005 and joined him at Luthuli House in 2008 after his election as ANC president. At the Union Buildings she has served as chief of staff and later chief operations officer.

According to the e-mail correspondence, Kaunda met Gupta in Saxonwold on January 8 2013 and on January 23 sent Chawla documents showing she had registered a company called Ntomb'Nkulu Investments before transferring its ownership to her 20-year-old son, Siphesihle Kaunda.

Ntomb'Nkulu is the nickname she is known by in government circles. In the e-mail to Chawla, Kaunda writes: "Document for Mr T. We will use this vehicle. He has the ID." It is believed that Mr T is Tony Gupta.

Kaunda said yesterday: "Mr Gupta made an offer for me to join one of their companies and asked for an existing company to be a partner. I confirm that I sent the e-mail to Chawla about Ntomb'Nkulu Investments. I later contacted him to inform that I wish to decline and indicated that I do not want to participate in any business or other activities with them."

But Kaunda's ties to the Guptas do not end there. The Sunday Times can reveal Kaunda was a director of Ubank when the Guptas first put plans in motion to acquire it. These came to naught.

She said: "I served as a director of Ubank and resigned in October 2014 and received board fees."

Kaunda said she needed the experience because she is "not going to be in government forever".

"I wish to emphasise that I have not used my official position for nefarious activities and I am not involved with the family in any way," she said.

Zuma spokesman Bongani Ngqulunga yesterday said Zuma "cannot comment on stakeholder meetings that senior officials participate in as part of their official duties". Kaunda submitted her business declarations to the Presidency every year, he said.