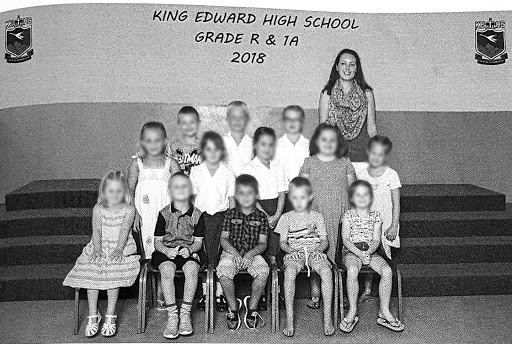 A yearbook photo of children in the first year of school at King Edward High in the Eastern Cape. The class is made up of only white children
Image: Supplied

One class has 13 pupils, all of them white. Another class in the same grade has 27 pupils, all black.

This is according to grade 1 photos in last year's school yearbook at King Edward High School in the Eastern Cape town of Matatiele.

Tomorrow the province's education department is set to launch an urgent investigation of the school, which keeps one class in grades 1 to 3 exclusively black.

Pupils in the E classes are English-speaking children who have been at the school since pre-grade RR. These classes are racially mixed, each with about 27 children.

It’s like the black kids needed to appreciate the opportunity of being there. They are not made to feel as if it is their school.

The EE classes comprise English-speaking children who did not attend the school's pre-grade RR class, and who came from other pre-primary schools.

There are about 27 children in these classes and all are black.

A source at the school said the black pupils in the EE classes were not integrated with pupils from the other two classes in grades 1 to 3 because the institution did not want to "split up children who had established friendship patterns" from the age of three.

A parent at the school described the practice of having exclusively black classes as racism.

"Obviously, the white pupils in the Afrikaans classes are getting more individual attention as their classes are smaller," said the parent, who wished not to be identified for fear that his children at the school would be victimised.

"This practice of keeping one class in each grade exclusively black is not right. These pupils must be mixed with pupils from the other classes."

Another parent said having a completely black class in each grade was "obviously uncomfortable" and "a huge problem".

"It's like the black kids need to appreciate the opportunity of being there. They are not made to feel as if it is their school."

The chair of the school's governing body, advocate Andrew Duminy, said parents had spent more than R5m on building extra classrooms to accommodate an additional class of grade 1 pupils who came from other pre-primary schools. 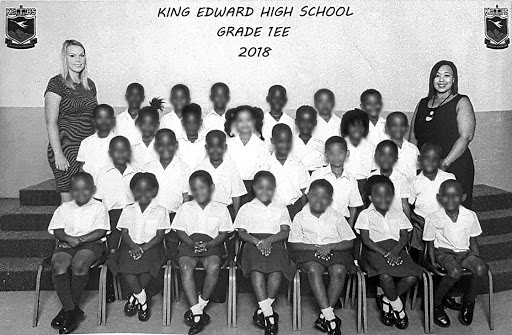 An all black class at King Edward High.
Image: Supplied 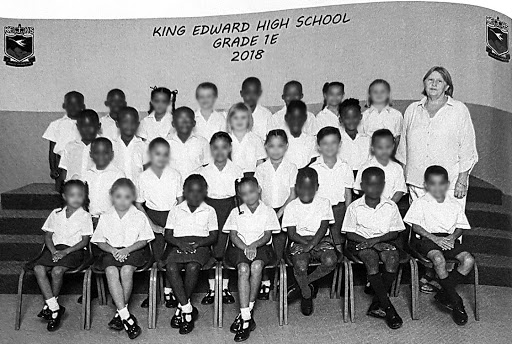 "Many of these children battle with English and are often a year behind in language and social development and receive special assistance. This class starts in pre-grade R and fills up in grade 1."

The three classes of pupils moved up through the grades until grade 4, "although there is some movement of learners between these classes at parents' request", he said.

"The Afrikaans-medium class is open to all races."

Duminy said his son, who was headboy at the school last year, was dating last year's black headgirl.

"I am an Afrikaner farmer and my son is dating a black girl from Pondoland and I am excited about it."

The Sunday Times learnt that the school's principal, Gordon Harrison, agreed to move a grade 3 pupil from the completely black class to the mixed class on Thursday after the pupil's parents queried the criteria used by the school to place pupils in the different classes.

Mary Metcalfe, an associate professor of education at the University of Johannesburg, said children should be encouraged to expand friendship circles and explore new friendships all the time.

"This is particularly important when children come from divided communities," she said.

Metcalfe, a former education MEC in Gauteng, said teachers should ensure opportunities for pupils of different language groups to learn and play together.

"We condemn any form of racism and view it in a very serious light. Officials from the department will start an investigation on Monday and will be reporting back to the provincial office."

Raw feelings as town reckons with its notoriety

Racism the only topic as Schweizer-Reneke hits the headlines.
News
2 years ago

Schweizer-Reneke school takes us back to Stone Age

It is unfortunate, to coin an understatement, that a teacher saw fit to separate black and white children
Opinion & Analysis
2 years ago

This KZN school is so good the kids won't leave

The principal's office at Emhlwaneni High School in Driefontein, deep in the heart of rural KwaZulu-Natal, is adorned with framed pictures of past ...
News
2 years ago

The arrival of a new principal who introduced early-morning and evening classes as well as extra lessons at an outside venue did not help matrics at ...
News
2 years ago

A matriculant who lost three family members when her home was destroyed by fire during the second week of her final exams still completed the job and ...
News
2 years ago

Top of the class for Free State poorest