Why do white people despise blacks? 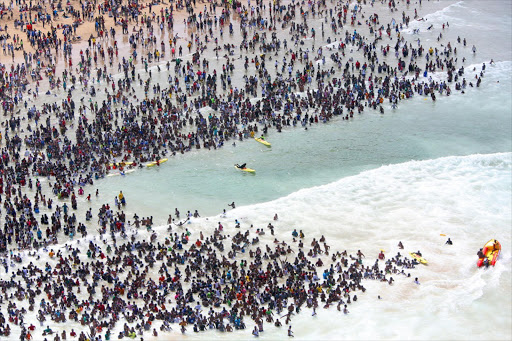 There is no doubt that the recent social media posts by white supremacists referring to black people as animals and the uneducated, dirty masses are mere symptoms of an entrenched phenomenon of racism.

Anti-black racism has been the order of the day in South Africa and our 22 years of democratic rule have dismally failed to uproot its causes. Why do white people despise blacks? Why is it that they find it easy to look at us with disgust and undermine our humanity?

The answer lies in the structural organisation of black lives, the material conditions that have been made exclusive to black people. What colonisation and apartheid did was to make poverty, hunger, undereducation, landlessness and cheap labour part of the exclusive identity of black people. It did not matter that one black person, or a family, or a group, was educated - maybe even better than whites - as long as the majority of black people lived in conditions of squalor, this remained the identity they shared.

A black revolution should therefore be about the structural transformation of the black condition as a condition of inhumanity. Until such a time, it is futile to expect any white person or white people as a group to respect black people or treat them like human beings.

The attitude of white supremacy, the idea that white people are brought up with - that psyche of being above blacks - rests on their privilege and advantage over black people. It rests on the reality that each day of their lives, from birth, their lived experience as a collective is to be served by blacks.

From the people who clean their homes, streets and schools; to the people who serve them in restaurants and markets; and those who do all the menial work in the country. They are raised, some directly and others indirectly, to believe that blacks exist so that they can live a better life.

The point of the colonial project was precisely to achieve this fact, that, as much as possible, there must always be millions of black people available as cheap and easily disposable labour for the advancement of the privilege of white people.

The sooner we accept this as a country, the closer we will get to the resolution of anti-black racism.

One only needs to look at how cheap a black life truly is to white people by comparing the fact that 34 black mineworkers are massacred in broad daylight, and white people never even run a petition online.

Although rhinos are poached daily, we do not see poachers poaching them like we did when the police shot and killed the workers. Yet, there is a big campaign and a huge investment in saving the rhino. People have statues of them everywhere, they even organise marathons where they "run to save the rhino".

This tells you, right here in South Africa, a country with a majority of blacks, that black people are worth less than rhinos.

If you do not buy the rhino story in relation to mineworkers who were massacred by the ANC government in protection of white monopoly investment, then the other example is white people's pets. Here, you find that the dogs and cats of white people have medical aid, while the black garden and kitchen workers do not and cannot afford it.

To ask whites to view black people as human is an impossible request from their structural point of view. If you were in their position you would be the same, because it is impossible to look at Gugulethu or Alexandra and see a human image. What you see is not different to how rats live; congested areas where people live with their dirt in absolute proximity.

Each day we ask white people not to tell us that this is the case and they are shocked. We say to them: "Do not tell us that we live like rats and in absolute proximity to dirt." Each time we say it is racist, they do not understand how naming facts could be a bad thing. But what they all forget is precisely that they, as a group, are the cause of the suffering and animalisation of black people.

From recent announcements, even by former president FW de Klerk, we know that they have no remorse about what they have done. It should have been clear when De Klerk took his oath as second deputy president to Nelson Mandela in Afrikaans that he is not apologetic. It was a sign of arrogance shown to the nation that he was not remorseful of white supremacy and its legacy.

What, then, is to be done? Economic freedom is the only answer to the transformation of the condition upon which white supremacy rests; the day black people attain economic freedom, white people will lack the basis to despise us, and the attitude to despise will not affect anyone's access to a means of subsistence.

Economic freedom means the distribution of land to end congested townships and lead agrarian reform; and nationalisation of mines and banks to fund free, quality education, sanitation and healthcare, to name a few. This will restore the dignity to black people; any project that does not focus on this will only result in cosmetic changes.

It will result merely in silencing whites while they continue to live their lives as white supremacists without interruption.

Malema is the leader of the EFF