Stressed out: Why are our kids wired to worry?

Medication and therapists are being used more frequently to guide a generation under pressure, writes Claire Keeton 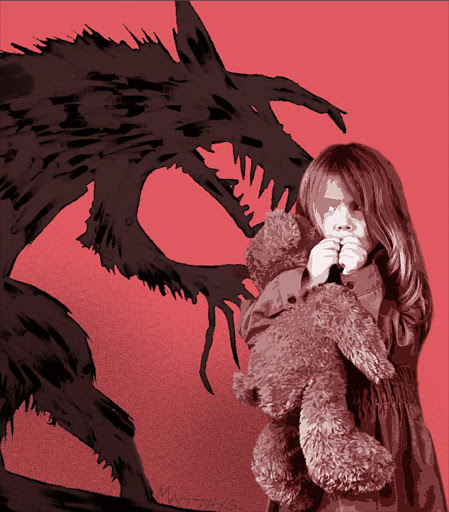 South African children as young as three are being treated for anxiety.

While those children might be extreme examples, anxiety is not something that happens to “other kids”. The problem crosses all communities, and psychiatrists, psychologists and social workers said anxiety was the most common diagnosis for the children they saw.

Your child has a sore stomach? Throws tantrums? Anxiety in kids tends to be expressed in vague physical complaints and changes in behaviour.

Major changes in activities, for instance in sleeping or eating, becoming withdrawn or refusing to go to school, are also warning signs.

Dr Helen Clark, a child and adolescent psychiatrist who has worked at Chris Hani Baragwanath Academic Hospital for 18 years and in private practice, said: “There is tremendous anxiety in kids and we are definitely seeing increasing levels.

“We only see the worst cases [at the hospital], with children showing behavioural problems like depression, aggression and irritability. Often boys are not labelled as anxious, but naughty or difficult. Anxiety which is not being picked up leads to serious problems with emotional development.”

That’s one side of the picture.

The other side is a private school in northeastern Johannesburg where roughly half of a Grade 6 class are in therapy and on medication for anxiety.  The teacher, who has 25 years of experience, said: “The children are wired. They start conversations with: ‘Yesterday I was on the way to the therapist when...’.”

The Good Childhood survey conducted in the UK last year ranked South Africa 13th out of 15 countries for unhappy children, with only England and South Korea being worse off.

Suicide among South African children aged 10 to 14 has more than doubled in the past 15 years, according to the South African Depression and Anxiety Group.

Johannesburg clinical psychologist Candice Cowen said: “The state of the economy and crime spills over to kids and they feel overwhelmed.”

Parents under increasing stress transmit anxiety to their children, and anxious children often have an anxious parent.

Orli Zaacks, a clinical social worker at the Anxiety and Trauma Clinic in Johannesburg, said she had the best results working with both parents and children from a cognitive behaviour perspective: “We teach them problem-solving and how to self-regulate.”

The lack of time parents spend with their kids, disintegrating families and social isolation are common causes of anxiety throughout society - as support to children diminishes, so do their coping skills.

Child psychiatrist Dr Brendan Belsham said the quality of family relationships and consistent communication were more important to the security and self-esteem of children than luxuries.

“The children I see [in private practice] don’t worry too much about money but they worry about their family breaking up. Rather than parents asking what to do to stop anxiety, they need to ask what is causing it. Often they can work it out and help.”

Ilse Kaiser, co-founder of a life-coaching organisation for kids, said she saw the impact of personality and peer pressure on her twins.

At seven, her daughter can get so anxious at school she will lick her lips raw. The pressures on her and her twin brother are different; for example, her daughter’s friends talk about getting fat if you eat too much.

Children need approachable adults to talk to and help them manage demands such as homework — do not overload their schedule, leaving them exhausted. Experts advise thinking about your children’s quality of life when planning enrichment activities.

Child psychiatrist Dr David Benn said children faced excessive and unrealistic demands and more pressure from school and society than ever before.

Moreover, uninterrupted screen time can put the iGeneration — those under 21 years old — at risk by inhibiting the social interaction they need to develop emotional intelligence and linguistic skills.

The mother of a 10-year-old girl on anti-anxiety medication, and who has a younger son on antidepressants, said she saw how their mood and behaviour changed if they had been glued to screens. Inappropriate content can also heighten anxiety, particularly if not put in context by adults.

Anxiety is a primal response to a lack of protection. However, the reason kids lie awake worrying is influenced by their social circumstances. With cyberbullying on the rise, social media can create anxiety, for examp le exclusion from a class’s WhatsApp group.

Yet Cassey Chambers, operations manager of the depression and anxiety group, said some parents medicated from the outset. The group had had a call about an eight-year-old on drugs who wasn’t recovering but had received no therapy.

Zaacks said: “A lot of children who are on anti-anxiety meds, antidepressants and Ritalin shouldn’t be. Some parents think we can wave a magic wand and their children get better, but they have to work with their children and change their lifestyle.”

When children do need medication, it can be a catalyst for recovery. The mother of the 10-year-old said her daughter, who is in therapy, responded dramatically to anti-anxiety medication. “She would always sing and dance around the house but she was really buoyant after it, doing cartwheels and jumps. She said she did not feel like herself. She was a perfectionist before, and afterwards was more relaxed about homework and had a more stable emotional bandwidth.”

Clark said children in private practice did recover with treatment, but many at Baragwanath — who had lost parents to illness, accidents or crime — “sit with chronic anxiety” because it was hard to tackle the cause.

“We need more therapeutic and play services in the community, which has long waiting lists, and counselling in schools. Often the only thing we can offer our children is medication,” she said.

Professor Dan Stein, co-director of the Medical Research Council’s research unit for anxiety and stress disorders and head of psychiatry at the University of Cape Town, said relatively few children from lower-and lower-middle-class areas received any psychiatric assessment or intervention.

“An anecdotal impression is that in a few middle- to upperincome neighbourhoods there may be some overprescription of psychiatric medication, reflecting parents’ access to resources and attempts to help any child in distress. But if you look at public clinics . . . it’s likely that there is significant underprescription.”

How bad is it?

The number of anxious children in South Africa is unknown, but it’s clear that their environment and temperament contribute to who has anxiety disorders.

Research found that roughly one in seven children and adolescents in the Western Cape had some anxiety disorder — but the study was done 10 years ago, in a single province.

A recent review of mental health studies among those 16 or younger in six sub-Saharan African countries, including South Africa, found that one in 10 had a psychiatric disorder and “children in areas of the greatest deprivation are at greatest risk”, said psychology researcher Lian Taljaard.

Child psychiatrist Dr David Benn, who has a private practice in Johannesburg and does sessions in state clinics, said: “I think anxiety is an even bigger issue in lessadvantaged communities than in the suburbs.”

According to a study by US academic Jean Twenge published in 2000, anxiety in children increased in every decade from 1952 to 1993.

Johannesburg-based clinical social worker Orli Zaacks said she was treating more anxiety — but noted that there was also greater openness in seeking help.

“A few years ago people were keeping quiet, but anxiety is becoming the norm and there is no longer a stigma attached to it,” said Zaacks.