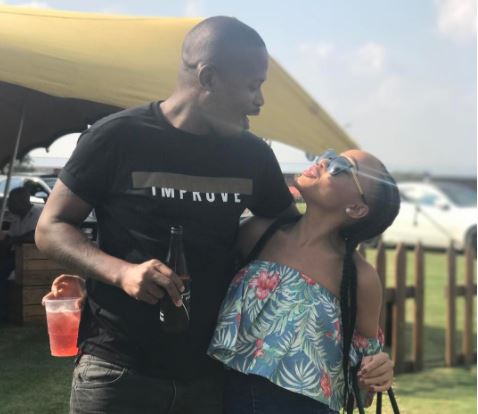 Radio personality Thando Thabethe and beau Frans Mashao are officially engaged to be to be married. After being together for more than four years, Frans popped the question and Thando said yes!

The media personality shared the exciting news across all her social media platforms when she thanked her bae for the "sparkles" on Saturday night.

Her fans and fellow media personalities flooded the comments section of the post with congratulatory messages. Nomzamo Mbatha, Mpho Maboi, Omuhle Gela were among industry mates who sent sweet messages.

The pair met on a yacht at a media event four years ago and Thando said Frans made fun of her toes. She said she found him funny,they exchanged numbers and the rest was history.

“I gave him my number and we met up in Johannesburg and have been together ever since,” she told Bona magazine in April.

Thando has also never shied away form flaunting their love on social media.

“When I feel like posting his pictures on social media, I do. Everyone wants to show off their love, and I’m no different just because I’m a public figure,” she said.

And, just in case you missed her initial ambiguous announcement or you thought it was just a stunt, Thando took to Instagram to clarify on Monday afternoon that Frans is indeed her fiancé!