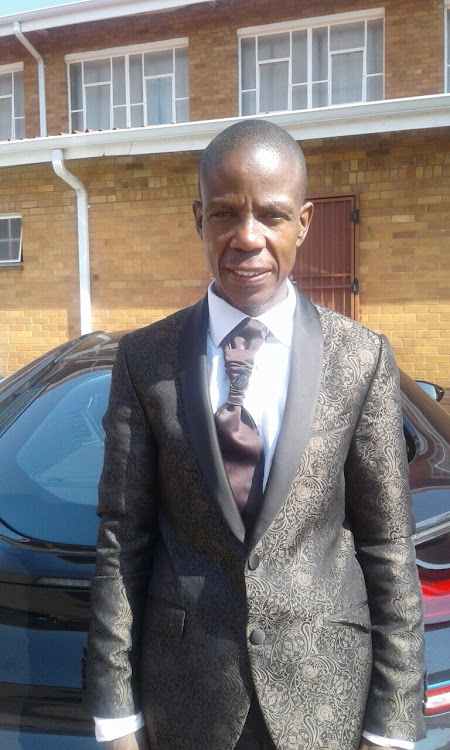 Controversial Pastor Mboro had a stern warning to celebrities, who says only support each other when their fame is high, but disregard people when they fall on bad times.

Mboro was speaking at the memorial service for kwaito star Tsekeleke in Tembisa on Wednesday.

Tsekeleke, who died last week after undergoing four amputation procedures as a result of diabetes, last year turned to Mboro for an intervention because of his illness.

The two underwent a spiritual and "prayer" journey but Tsekeleke left the programme after finding love.

There was a small turnout at the Rabasotho Hall in Tembisa as close friends and family gathered to celebrate the Fatty Boom Boom singer.

A basket for donations towards the family was sent around the hall as it was revealed the musician had fallen on hard times in the lead up to his death.

Mboro slammed celebrities and called on them to support each other.

"Let them support one another. They are all jealous about one another. They compete amongst themselves. It is only them who can solve this. Today you are up, tomorrow you are down. You are not coming to a memorial because that person was no longer 'that,'" said Mboro.

He said musicians lead by example and if they turn their back on their industry colleagues, especially those who did not bother to attend Tsekeleke's memorial, it sends a bad message to fans.

Close friends and family of late musician Anthony “Tsekeleke” Motaung are expected to pour to the family’s home in Tembisa next weekend for the ...
TshisaLIVE
3 years ago

Pastor Paseka "Mboro" Motsoeneng has told TshisaLIVE he has been asked to help bury late kwaito star Tsekeleke after the family called on him to lend ...
TshisaLIVE
4 years ago

Following the news of kwaito star Tsekeleke's death on Tuesday evening, Pastor Paseka Motsoeneng better known as Mboro revealed that although he had ...
TshisaLIVE
4 years ago