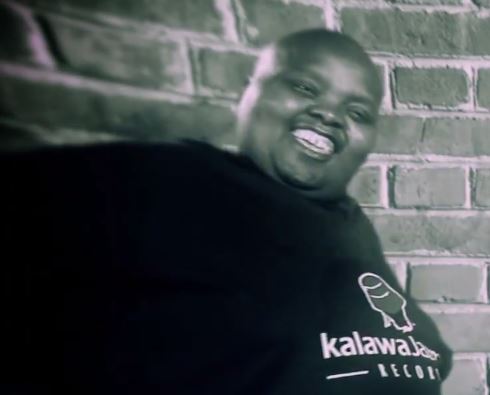 Tsekeleke's memorial service will be held in Tembisa on Women's Day
Image: Via Kwaito Revolution YouTube

Close friends and family of late musician Anthony “Tsekeleke” Motaung are expected to gather at the family’s home in Tembisa next weekend for a private funeral of the Fatty Boom Boom star.

Tsekeleke died in a Vosloorus hospital on Tuesday after a long battle with diabetes, which saw his leg amputated on four occasions. He had spent the past three months in hospital undergoing procedures and treatment for his condition.

Speaking to TshisaLIVE, Tsekeleke’s close friend and mentor Max “Chief” Mjamba said the star would be honoured at a private funeral service next Saturday, 12 August, before being buried at the Mooifontein Cemetery in Tembisa.

Fans will get a chance to pay tribute to Tsekeleke at a memorial service that will be held on Women's Day next Wednesday from 12 noon at the Rabasotho Community Centre in the area.

“We want to honour our friend with a big send off so we have decided to make it on a day where people will be available to come and pay tribute to him,” Mjamba said.

Pastor Paseka "Mboro" Motsoeneng told TshisaLIVE this week that he had been asked to help bury late kwaito star Tsekeleke after the family called on him to lend a helping hand.

"There are challenges but I will help where I can because the [financial] situation at home is not the best. The atmosphere is obviously so sombre. They have asked me to officiate the funeral, and I will do it. I will bury him despite the fact that he had stopped coming to church, because he loved and believed in me and I love him too," he said.

Mjamba could not confirm this but said Tsekeleke’s family were finalising the details as they were slowly coming to terms with the star’s death.

“The family is still in shock but they are coping better with every passing day. It is painful but they are focusing one things at a day,” he said.

Pastor Paseka "Mboro" Motsoeneng has told TshisaLIVE he has been asked to help bury late kwaito star Tsekeleke after the family called on him to lend ...
TshisaLIVE
4 years ago

Tsekeleke's last interview revealed how scared he was of dying

Despite being scared of dying from the disease that also killed his father, Tsekeleke put his faith in God and had hopes of making a full recovery.
TshisaLIVE
4 years ago

Doctors were so concerned by late musician Tsekeleke's health that they wanted to amputate his leg as far back as ten years ago, only for the Fatty ...
TshisaLIVE
4 years ago

Max "Chief" Mjamba, a close friend and mentor to Tsekeleke, has described the kwaito musician's painful death due to diabetes
TshisaLIVE
4 years ago

A close friend of late music star Tsekeleke' has revealed how the star's aggressive battle with diabetes stripped him of his finance, left him with ...
TshisaLIVE
4 years ago